I am a Democrat, that's who I am

I am a Democrat, just as I'm a liberal and an American and a Michigander and a woman.  I make no apologies for any of those titles.  They're indelibly, irrefutably, absolutely who I am.

I'm hearing cries these days from many people who voted Democratic and now feel betrayed.  Used and abused by what they consider "the party".  They're yelling loud and clear that either the party changes or they're outta there.  What they really mean is either the leadership changes or they're gone, but by their actions they're working toward killing the entire party.

I won't go along in order to get along, no matter how much I admire some of the very people making those charges.  I'm a Democrat.  This is my party.  The Democratic party is one of only two viable parties in the United States at the moment, and I'm getting more than a little alarmed at the calls from every quarter for the destruction of the one party that has consistently worked for protections for all.

We are the party of the working class.  The only party of the working class.  We don't always choose our leaders wisely, but very often, we do.  We've had some great leaders, some good leaders, some mediocre leaders and some truly bad leaders.  But through it all, we've been the only party dedicated to advancing the needs of the people who some would consider "the least of us".  We're still doing it; we the people of the Democratic Party.

The Democratic Party is made up of people--millions of people--some of whom have worked tirelessly to keep it going.   Over the years we've changed the entire landscape of this country for the better.  If we're being forced to take a back seat to stronger, more powerful forces bent on erasing all we've done, the reasonable course of action is to band together to make us stronger, not weaker.  And yet what I'm seeing now is a rage against my party because some of our elected leaders aren't delivering on what they've promised.

The anger against certain politicians is, for the most part, justified.  But the politicians aren't the party.  They are representatives of the party, and they can be replaced.  The party, once it's destroyed, will never come back.

I'm prepared to fight our enemies.  I fully expect that battle to continue.  But when I find myself having to fight against those who were once allies, I can't help but think it won't be long before the final surrender.

I'm not going to let that happen without a fight.  I'll defend my party as being the better of the two, and I'll work at making it the best it can be.  Because I'm a Democrat.  That's who I am. 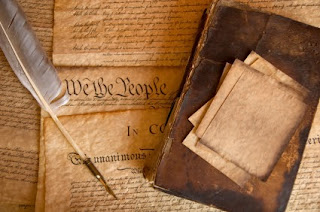