Writers Against Trump, Ignorance, and Fascism 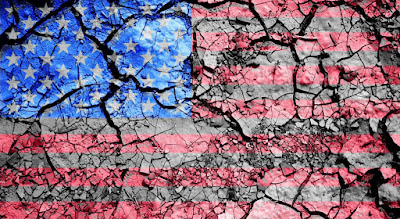 Since that tragic day in November--you know the one--when the impossible happened and Donald Trump became the president-elect, many great American writers have been voicing their protests, ringing alarm bells, warning us never to be complacent, never to consider the man or his presidency anything but the abomination it is.

It's early and we've barely processed the inevitable.  We're still horrified by the present and haunted by our future. We're scared, we're mad, we're committed to the fight ahead.

Our writers struggle, too, and what they say this week may all change in the weeks to come, but their stories are defining the moment, focusing indelibly on who we were, who we are, and how we'll need to handle what's to come.

I've archived many of them here, in no particular order, and I'll be adding more as I find them. If you find articles, essays, or blogs you think should be included here, please let me know on Facebook or Twitter, or send them to me at ramonasvoices@gmail.com.

The truth and nothing but the truth.


Christiane Amanpour, The Guardian, 11/23/16: In This Dangerous New World, Journalism Must Protect Itself

Dave Gilson, Mother Jones, 12/19/16: How Liberals can Use the Tea Party Playbook to Stop Trump

Washington Post reporters, 2/27/18 How the Dark Web created conspiracies about the Parkland shooting

Joshua Holland, The Nation, 2/6/18: Your Guide to the anti-Trump resistance movement.