FRIDAY FOLLIES: Sarah wuvs Sarah, The Silence of the Lump, and Solidarity Pizzas

***
Lou Sarah has a Facebook page praising Sarah Palin.  Turns out Lou Sarah IS Sarah Palin.  Everybody's in an uproar over this, but I say, You Go Girl.  If you don't love yourself, who else is going to love you?

***
And speaking of love, as Bluegal says, you gotta love those teachers: 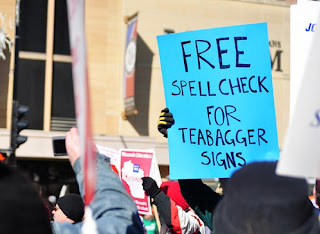 ***
So you know how we always had the feeling that Donald Rumsfeld saw his Secretary of Defense job as the most fun he ever had in his life?  I don't think Doug Feith ever felt that way.  Wonder how many memos like this came across his desk every day: 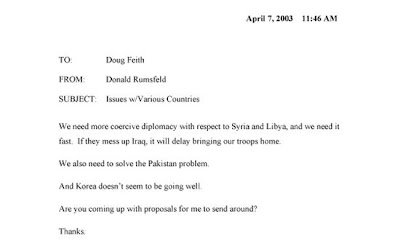 ***
The crowds are still holding down the fort at Madison's State House, and everybody wants to do something to cheer them on (well, almost everybody), so someone in California called in a huge pizza order to Ian's, a local pizzeria and the pies were delivered lickety-split to the crowds.  Others got wind of it and pretty soon Ian's was fielding hundreds of orders from all around the world--so many that they had to stop taking any more.  But then Pizza Di Roma down the street took up the slack and last I heard they were sending out their delivery wagons, too.  (So what's for dessert?  Cheesecakes?)


***
Tuesday, February 22, marked the fifth Anniversary of courtroom silence by Clarence Thomas.  Five whole years barely speaking a word.  There are monks in the wilds of Tibet who would, if they could, be cheering his actions, but the rest of us just think it's mighty odd.  I'm hearing he doesn't want people to make fun of the way he talks.  He's had that all his life, poor guy--people looking down on him.  Makes me just want to give that big ol' teddy bear a big 'ol smack.  Snap out of it, Clarence, you're a United States Supreme Court justice.  It's not all about you.


***
Rahm Emanuel was elected Mayor of Chicago and gave an acceptance speech without dropping a single F-bomb.  The crowd was disappointed, but they know his term is not over yet. 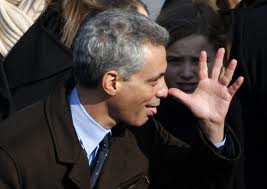 ***
But, oh, those Brits.  Leave it to them to take what some might consider the ick factor and turn it into a gourmet melt-in-your-mouth total experience at a bargain basement $23 a scoop. Baby Gaga is a Covent Garden ice cream parlor's latest creation, made from free-range mother's milk (as opposed, I'm guessing, to the milk of caged mothers?), Madagascar vanilla and lemon zest.  Lactating moms are paid to produce the main ingredient and from what I can gather, it's win-win all around.  That is, unless you're the baby whose only source of milk is going elsewhere.  (Always a downside to every feel-good story, isn't there?) 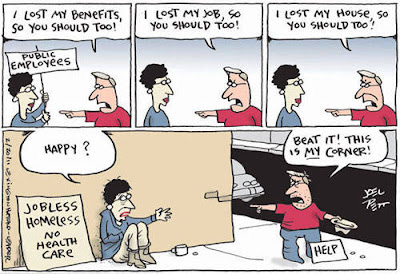