There's Chutzpah and Then There's A.I.G

"While the American International Group [AIG] comes under fire from Congress over executive bonuses, it is quietly fighting the federal government for the return of $306 million in tax payments, some related to deals that were conducted through offshore tax havens." 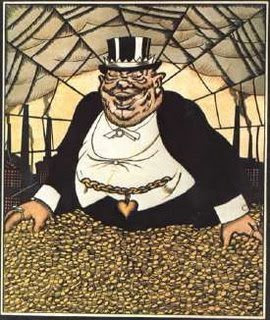 ______________
Can you believe this? I couldn't either, but there it is. I'm going to assume this wasn't just a figment of Lynnley Browning's imagination, because it did appear in the New York Times, but where else was it yesterday? Today? Nowhere to be found. I wasn't exactly glued to my television set, but I watched it enough to see plenty about President Obama's appearance on the Leno Show last night. Now there's some news.

Really. Here it is:

"A.I.G. sued the government last month in a bid to force it to return the payments, which stemmed in large part from its use of aggressive tax deals, some involving entities controlled by the company’s financial products unit in the Cayman Islands, Ireland, the Dutch Antilles and other offshore havens.

A.I.G. is effectively suing its majority owner, the government, which has an 80 percent stake and has poured nearly $200 billion into the insurer in a bid to avert its collapse and avoid troubling the global financial markets. The company is in effect asking for even more money, in the form of tax refunds. The suit also suggests that A.I.G. is spending taxpayer money to pursue its case, something it is legally entitled to do. Its initial claim was denied by the Internal Revenue Service last year."

Browning goes on: "United States tax law allows American companies to claim a credit for any taxes paid to a foreign government. But the I.R.S. denied A.I.G.’s refund claims in 2008, saying that it had improperly calculated the credits. The I.R.S. has identified so-called foreign tax-credit generators as an area of abuse that it is increasingly monitoring.

The remainder of A.I.G.’s claim, for $244 million, concerns net operating loss carry-backs, capital loss carry-backs, a general refund claim and claims for refunds of other tax-related payments that A.I.G. says it made to the I.R.S. but are now owed back. The claim also covers $119 million in penalties and interest that A.I.G. says it is due back from the government.

In part, A.I.G. says it overpaid its federal income taxes after a 2004 accounting scandal that caused it to restate its financial records. A.I.G. says in part that it is entitled to a refund of $33 million that SICO paid in 1997 as compensation to employees, which it now says should be characterized as a deductible expense."

"Asked about the lawsuit, Mark Herr, an A.I.G. spokesman, said Thursday that 'A.I.G. is taking this action to ensure that it is not required to pay more than its fair share of taxes.'"

So that's it. Nothing we can do. But before we say goodbye, let me just leave you with this:

Citigroup Plans Big Bonuses Despite Rules Against Them

This is what happens when you treat corporations like royalty. They actually begin to think they're entitled. And why not? The leaders of the land are their humble servants, and the rest of us are out there in the latrines with slop buckets.

I'm going to ask this, but I really don't expect an answer:
Where is the America that never would have allowed this to happen?