In Our Own Voices: Getting it Right While Blogging

Once there was a post by Simon Dumenco called, "Poor Steve Jobs Had to Go Head to Head With Weinergate in the Twitter Buzzstakes. And the Weiner Is ...."  It appeared online on June 8.  The next day The Huffington Post published a piece by Amy Lee called, "Anthony Weiner vs. Steve Jobs: Who Won On Twitter?".  The thrust of the Lee article was the same as that of Dumenco's.  In fact, nearly the entire article consisted of quotes from Dumenco's piece.  There was a link at the end, but, as Simon Dumenco saw it, why bother?  Everything that needed to be said was already in Amy Lee's piece.  No need to go off-site to read the rest.  There was no "rest".  (The clicked links from the HuffPo piece to his own numbered a mere 57 -- a pitiful number, considering the source.)

That was bad, and HuffPo's Executive Business Editor Peter Goodman promptly apologized, but there are stirrings out there that this isn't the odd blog out over at Arianna's place.  HuffPo has done this many times before.  Former NYT editor Bill Keller wrote about it in the NYT magazine last March:

“Aggregation” can mean smart people sharing their reading lists, plugging one another into the bounty of the information universe. It kind of describes what I do as an editor. But too often it amounts to taking words written by other people, packaging them on your own Web site and harvesting revenue that might otherwise be directed to the originators of the material. In Somalia this would be called piracy. In the mediasphere, it is a respected business model.


The queen of aggregation is, of course, Arianna Huffington, who has discovered that if you take celebrity gossip, adorable kitten videos, posts from unpaid bloggers and news reports from other publications, array them on your Web site and add a left-wing soundtrack, millions of people will come. How great is Huffington’s instinctive genius for aggregation? I once sat beside her on a panel in Los Angeles (on — what else? — The Future of Journalism). I had come prepared with a couple of memorized riffs on media topics, which I duly presented. Afterward we sat down for a joint interview with a local reporter. A moment later I heard one of my riffs issuing verbatim from the mouth of Ms. Huffington. I felt so . . . aggregated.


Oooo.   Ouch!  I confess I've heard the word "aggregate" bandied about before but didn't really understand how it might actually apply to a lowly blogger like me.  Now, with the brouhaha over HuffPo's publication of a post composed almost entirely of paragraphs from someone else's article, I've been thinking about what blogs like mine -- where other voices are prominent, where links are leading everywhere, where not all of the content is original to me -- might actually fit in with journalistic ethics and rules, even though, in the end, as chief writer/editor/publisher, I'm pretty much free to do almost anything I want on my own pages.

What is my obligation as a blogger?  Mine is a political blog, not a personal one, and I've known from the start that if I want my blog to be taken seriously (even though I'm fishing for smiles now and then) I have to be mindful of what I'm putting out there.  I know when I link to and/or quote someone else's work, it's not mine to mess with.  I can't change the words, change the meaning, put it on my page without attribution, or -- perish the thought -- print the entire piece.  It doesn't belong to me.  (I suspect in some cases I should get permission to use them, but I rarely do. I figure as long as I'm using a paragraph or two and as long as I tell where it came from,  preferably with a link, I should be okay.  I could be horribly wrong about that, too.)


So, okay.  That's bad enough.  But what about when we grab something from another site or via the social networks that looks legitimate, seems plausible, but turns out to be all wrong, and we've passed it on?  We part-time, unpaid opinion bloggers already have to work hard at overcoming our dillettante reputation.  It doesn't help when the facts go by the wayside in order to get to the clever, hopefully brilliant observations we all want to be singled out and known for. 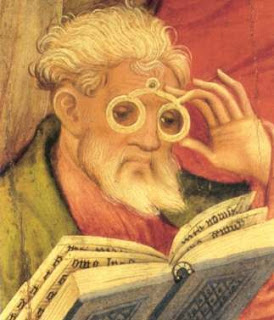 On Poynter I found an article that answers some of the questions about what to look for in order to verify a piece you want to share or quote.  (It's written for journalists, but I personally think political bloggers have the same obligations to their readers.)  It specifically zeroes in on social networks like Twitter or Facebook, where I admit I spend a good amount of time scouring the snippets for leads to stories that might interest me enough to write about.  I also admit I'm astounded by how much misinformation there is in just those two places.

From Jeff Sonderman's Poynter piece (relevant to what I'm talking about here) :

Consider the social history of the source. Has this person been on the network for years, or is this a brand-new account with no profile photo, friends or history? Has the person regularly posted information that was credible? In the rare case that someone deliberately tries to spread false information, it will probably be from a newly created or fictitious account, not from a social profile someone spent years building up.

Seek social corroboration. Are other social network users posting similar, independent reports from the same location? If a tornado really touched down in a city of 8 million people, for example,  there ought to be more than one photo of it. Be sure to look for other primary-source reports, not just retweets or messages based on the account you already have.


Without naming names or even going into the entire story, I read on FB the other day that a famous news person I really admire had been canned.  I was pretty sure it didn't actually happen, and when I looked at the provided link, it clearly showed that the startling new information was in a piece written over a year ago in a piece published by The Onion!

That's why I wrote this, in fact. That sort of thing doesn't go unnoticed.  Sometimes it grows wings and flies.  I love blogging and I'm all for encouraging more of it.  I just want us to get it right.
*
*
Posted by Ramona Grigg at 10:13:00 AM