FRIDAY FOLLIES: On Roswell, A Beer for the Times, Disappearing Art, and a Twitterpated Pope


Roswell, NM is in the news again with only just another suspicious "crash".   The "crash" supposedly burned "28 acres" of "grassland".  Uh huh.   The official word is that the pilot "ejected safely".  No ID on the "pilot".  Nobody is allowed to "see" him.  The base is "asking the public to cooperate with military and civilian authorities at the scene to ensure the safety of everyone involved."

"Everyone?"  Who is "everyone"?  I thought there was only "one" and that was the "pilot"?  Something pretty fishy here, but all we know is what "the AP" wants us to know.  Read it here and "you" decide.


There's been a lot of bad news out of Michigan lately, but for some people a smidgeon of good news has arrived in the form of a "Raging Bitch".  (Okay, I'm laying off the quotes.  But here it's justified.  I didn't want people to think I was talking about a certain "shall be nameless" person (or persons), or that I actually would call anyone a "bitch", when in fact I'm talking about an odd but compelling name for a beer.  Thus the quotes. Okay?

Here's the story, according to Eclectablog:

Two years ago the Flying Dog Brewery released a Belgian-style IPA called Raging Bitch with the following 'artist's statement', if you will, on the label:


"Two inflammatory words ... one wild drink. Nectar imprisoned in a bottle. Let it out. It is cruel to keep a wild animal locked up. Uncap it. Release it ... stand back!! Wallow in its golden glow in a glass beneath a white foaming head. Remember, enjoying a RAGING BITCH, unleashed, untamed, unbridled—and in heat—is pure GONZO!! It has taken 20 years to get from there to here. Enjoy!" — Ralph Steadman


The Michigan Liquor Control Commission refused to grant Flying Dog a license to sell Raging Bitch in Michigan and, in March of this year, Flying Dog filed suit, citing a violation of their 1st Amendment rights.

"When there's smoke under the door, the fire's not far behind with constitutional rights," Caruso said. "If you don't like the beer or the art, don't buy it. ... The state shouldn't decide."


So this week the Michigan Liquor Commission (privatized, btw) reversed their decision, but Flying Dog Brewery is going to sue, anyway.  The scamps.  (Read the rest at Eclectablog link above.  Almost makes me wish I drank beer.)

So, okay.   Did you hear that Michele Bachmann has officially signed the Official Family Leader Presidential Pledge?  (required of all presidential candidates if they want to be endorsed by Family Leader)  She is against all marriages except hers, against all pornography except Right Wing pornography, against Sharia Law except when it applies to liberals, and against all states except Iowa.

This is what she pledged:

The Candidate Vow:
Therefore, in any elected or appointed capacity by which I may have the honor of serving our fellow citizens in these United States, I the undersigned do hereby solemnly vow* to honor and to cherish, to defend and to uphold, the Institution of Marriage as only between one man and one woman. I vow* to do so through my:
 Personal fidelity to my spouse.9
 Respect for the marital bonds of others.10
 Official fidelity to the U.S. Constitution, supporting the elevation of none but faithful constitutionalists as judges or justices.11
 Vigorous opposition to any redefinition of the Institution of Marriage – faithful monogamy between one man and one woman – through statutory-, bureaucratic-, or court-imposed recognition of intimate unions which are bigamous, polygamous, polyandrous, same-sex, etc.12
 Recognition of the overwhelming statistical evidence that married people enjoy better health, better sex, longer lives, greater financial stability, and that children raised by a mother and a father together experience better learning, less addiction, less legal trouble, and less extramarital pregnancy. 13
 Support for prompt reform of uneconomic, anti-marriage aspects of welfare policy, tax policy, and marital/divorce law, and extended “second chance” or “cooling-off” periods for those seeking a “quickie divorce.” 14
 Earnest, bona fide legal advocacy for the Defense of Marriage Act (DOMA) at the federal and state levels.15
 Steadfast embrace of a federal Marriage Amendment to the U.S. Constitution which protects the definition of marriage as between one man and one woman in all of the United States. 16
 Humane protection of women and the innocent fruit of conjugal intimacy – our next generation of American children – from human trafficking, sexual slavery, seduction into promiscuity, and all forms of pornography and prostitution, infanticide, abortion and other types of coercion or stolen innocence.17
 Support for the enactment of safeguards for all married and unmarried U.S. Military and National Guard personnel, especially our combat troops, from inappropriate same-gender or opposite-gender sexual harassment, adultery or intrusively intimate commingling among attracteds (restrooms, showers, barracks, tents, etc.); plus prompt termination of military policymakers who would expose American wives and daughters to rape or sexual harassment, torture, enslavement or sexual leveraging by the enemy in forward combat roles.18
 Rejection of Sharia Islam and all other anti-woman, anti-human rights forms of totalitarian control.19
 Recognition that robust childbearing and reproduction is beneficial to U.S. demographic, economic, strategic and actuarial health and security. 20
 Commitment to downsizing government and the enormous burden upon American families of the USA‟s $14.3 trillion public debt, its $77 trillion in unfunded liabilities, its $1.5 trillion federal deficit, and its $3.5 trillion federal budget.21
 Fierce defense of the First Amendment‟s rights of Religious Liberty and Freedom of Speech22, especially against the intolerance of any who would undermine law-abiding American citizens and institutions of faith and conscience for their adherence to, and defense of, faithful heterosexual monogamy.
The Vow of Civic, Religious, Lay, Business, and Social Leaders:
We the undersigned do hereby solemnly vow* that no U.S. Presidential primary candidate – nor any primary candidate for the U. S. House, Senate, Governor, state or municipal office – will, in his or her public capacity, benefit from any substantial form of aid, support, endorsement, contribution, independent expenditure, or affirmation from any of us without first affirming this Marriage Vow. Furthermore, to uphold and advance the natural Institution of Marriage, we ourselves also hereby vow* our own fidelity to this Declaration and especially, to our spouses.
So help us God.
* NOTE: Or, “solemnly attest”. Each signatory signs only in his or her individual capacity as an American citizen and current or potential leader; affiliations herein are for identification purposes only and do not necessarily imply formal embrace of this vow or the sentiments herein by any institution or organization. 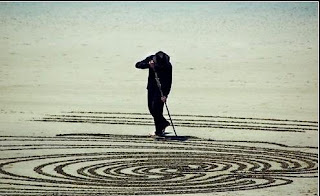 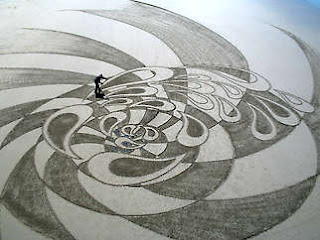