Right Wingers to Infiltrate Madison protesters and they don't care who knows it. Pass it on.

That same Mark Willliams is back, and, in true Mark Williams fighting form, he has a plan:  He's urging his peeps to pretend to join up with the SIEU in Madison and to pull out stupid signs when the time is right and, well, just be their natural selves so the public will think the union protesters are really, really stupid.

Here's Mark pretending this movement could be HUGE:

Here is what I am doing in Sacramento, where they are holding a 5:30 PM event this coming Tuesday:  (1) I signed up as an organizer (2) with any luck they will contact me and I will have an “in”  (3) in or not I will be there and am asking as many other people as can get there to come with, all of us in SEIU shirts (those who don’t have them we can possibly buy some from vendors likely to be there)  (4) we are going to target the many TV cameras and reporters looking for comments from the members there  (5) we will approach the cameras to make good pictures… signs under our shirts that say things like “screw the taxpayer!”  and “you OWE me!” to be pulled out for the camera (timing is important because the signs will be taken away from us) (6) we will echo those slogans in angry sounding tones to the cameras and the reporters.  (7) if I do get the ‘in’ I am going to do my darnedest to get podium access and take the mic to do that rant from there…with any luck and if I can manage the moments to build up to it, I can probably get a cheer out of the crowd for something extreme. . .
. . .Chances are that because I am publishing this they’ll catch wind, but it is worth the chance if you take it upon yourself to act…there’s only one of me but there are millions of you and I know that you CAN do this!
Our goal is to make the gathering look as greedy and goonish as we know that it is, ding their credibility with the media and exploit the lazy reporters who just want dramatic shots and outrageous quotes for headlines.  Even if it becomes known that we are plants the quotes and pictures will linger as defacto truth.

Here's my response to Mark Williams and his band of merry idiots: 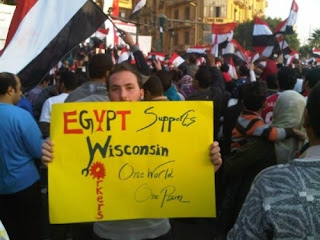 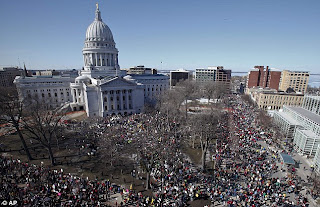 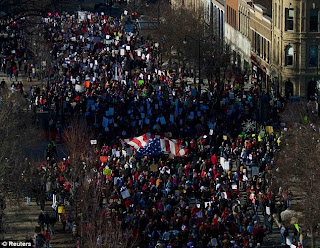 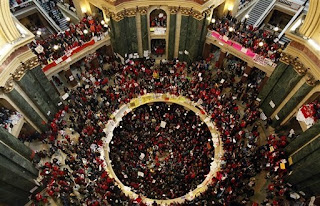 Chew on that for a while, you pathetic rejects, you dregs of humankind.  You lose.
Posted by Ramona Grigg at 8:42:00 AM