Trouble at the Red Hen 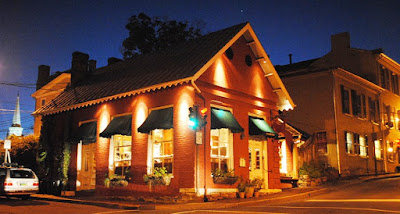 I've been thinking a lot about the Red Hen controversy--about whether Stephanie Wilkinson, the owner of the restaurant, should have told Sarah Huckabee Sanders to leave her establishment. No guesswork for me.  I'm on the side of Stephanie Wilkinson.

I've heard the back-and-forths, the calls for civility, the need to allow everyone the ability to at least eat a meal in peace. I get it. I'm not completely on the same page as those people who ran both Kirstjen Nielsen and Stephen Miller out of  Mexican Restaurants last week. I understand their rage but I can't get behind them. Could be an age thing. Could be that I'm more inclined to hit them where they work and not where they eat. (Though eating at a Mexican restaurant right after lying about being mean to Central American refugee kids takes some whatever-the-Spanish-word-is-for-chutzpah.)

But when I read Stephanie Wilkinson's explanation, I found it both honest and poignant.

“I’m not a huge fan of confrontation,” Wilkinson said. “I have a business, and I want the business to thrive. This feels like the moment in our democracy when people have to make uncomfortable actions and decisions to uphold their morals.”

Her main concern was for the feelings of her employees, some of them gay or immigrants, and she spent many crucial minutes asking them what they wanted her to do before she finally asked Sarah Sanders to step outside. She did it privately, not wanting to create a scene, and she didn't insult, lecture, or demand. She simply asked Sanders to leave, explaining to her that she felt her restaurant had certain standards to uphold and Sanders didn't fit them.
I love that she gave her employees that much respect, no doubt knowing the impact this might have. She didn't broadcast it, an employee did, but there was no guarantee Sarah Sanders wouldn't have done it herself. Wilkinson had to know this would be big, but she did it, anyway.
I'm not a big fan of attempts at public humiliation. I think too often the reasons for doing it, as admirable as they may seem, get lost in the ensuing and often phony uproar over civility and manners. But we're at a point where civility and manners are only expected from one side--our side--while their side sees any attempt at decorum as an exploitable sign of weakness.

For the past two years we've been battered by nastiness and outright hatred. We're still being told to turn the other cheek, as if that's what it'll take to make us smile again. It isn't. Turning the other cheek doesn't feel good. This feels good.
Asking Sarah Sanders to leave a restaurant won't hurt her feelings. It won't affect her psyche.  But our rage over lost children and terrorized parents has to have an outlet. Cheering the ousting of a hated member of a hated president's cabinet is a moment we might need. It doesn't make us "just like them". It makes us human.