Christian Guy talks up rape and murder of Atheist Wives and Daughters at Prayer Breakfast. More Coffee, Anyone?

Phil Robertson, the Duck Dynasty actor and self- professed loyal follower of Jesus Christ, Son of God--the same guy who's been in trouble before for saying bad stuff he heard straight from God's mouth--had this to say at a prayer breakfast the other day:


"I’ll make a bet with you. Two guys break into an atheist’s home. He has a little atheist wife and two little atheist daughters. Two guys break into his home and tie him up in a chair and gag him. And then they take his two daughters in front of him and rape both of them and then shoot them and they take his wife and then decapitate her head off in front of him. And then they can look at him and say, ‘Isn’t it great that I don’t have to worry about being judged? Isn’t it great that there’s nothing wrong with this? There’s no right or wrong, now is it dude?’ "

The audience cheered, applauded and laughed.  YaHOO!  Those good ol' boys was havin' them some fun.  Nothin' wrong with a good old fashioned poke at them godless ones. . .  Let 'em know what worthless POS they are.  Just doin' God's work. . .

You're thinking since I'm as close to a non-theist as it gets without making a formal announcement, and a woman besides, I should be so offended I can't stop bawling my eyes out over this.

You're thinking this is going to be a rant against Phil Robertson and all those fundamentalist Old Testament phonies who get their pants in a big old bulge by fantasizing about wicked sexual stuff being done to helpless women.

You're thinking I'm thinking that maybe a prayer breakfast wasn't exactly the place to be saying things like that out loud.

Well, on that last one, maybe I am, but it wasn't my prayer breakfast.   (We don't have prayer breakfasts.  remember?  I don't really know what goes on in those places, except for that silly one the president has to go to every year. The one Ol' Phil probably shouldn't get invited to, if everybody knows what's good for them.)

Naw. I'm letting it go.  I think it's pretty hilarious. That Phil!  You and I both know this isn't the real Phil.  The real Phil is a savvy businessman turned dubious actor who makes scads of money by being Phil the bearded camo-christian bible-thumper.  In addition to marketing Duck Dynasty camo baseball caps, hoodies, tee-shirts, beach towels, key chains, mugs, mouse pads, Monopoly games, and baby Onesies, he publishes his own bible.  (The original King James version apparently leaves a lot to be desired.  Too much New Testament stuff.  And all the gory, sexy parts aren't underlined.)

*A question for another day:  If there is one true bible, why are there so many bibles?

I don't want Phil banned or boycotted or even bobbed.  Down there.  I want him to say more.  Get it all out.  I'm on a mission to figure out if God actually tells Phil these things or if Phil is maybe a bit dyslexic and he's sort of fouling those words up.  I've heard so many strange things this God has supposedly said to people I'm now hopelessly, unhealthily obsessed by the whole Telephone Gameness of it all. 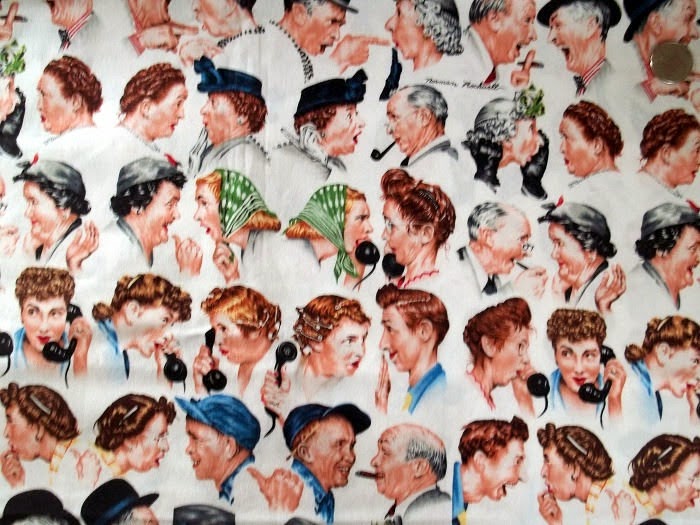 I'm on the outside looking in--an impartial observer--and from my side it's not looking good for God.  (What? I'll go along.)  Lord knows He tries, but if He's so omnipotent, so omniscient, so perfect, how is it that He can't get his followers to repeat after Him and get His message out in clear, coherent (that is to say, non-nuts) sentences?

Whatever happened to the Beatitudes?  The Psalms?  The Lord's Prayer, for God's sake?  They're all in the Old Testament--the book the Fundies love to haul out while they're swooning through their sacred hatefests.

How is it that God allowed His primer, the Bible, to get so fuzzy whole chapters of it are up for grabs in the interpretation department?  Murder! Mayhem! Misogyny! Miscegenation! Homosexuality! Obama!

All I can say is, if You're out there anywhere, God, You've got Your work cut out for You.  Time for some smiting, Big Fella.  These guys aren't getting You or Your Only Begotten Son at all.
Posted by Ramona Grigg at 4:22:00 PM