As Long as There is a Constitution, The GOP Can't Win

It's been a while, but here I am.  Illnesses and the vagaries of the gypsy life have taken a toll, frazzled my brain, and, if you can believe it, have led me to thinking about things other than the state of the nation.  During my enforced R&R I read a few novels, watched a few movies, spent time with friends, marveled at scenery, and all-around de-fragged.  I hung around on the edges of the political debates, but found myself thinking the unthinkable:  "Who cares?" 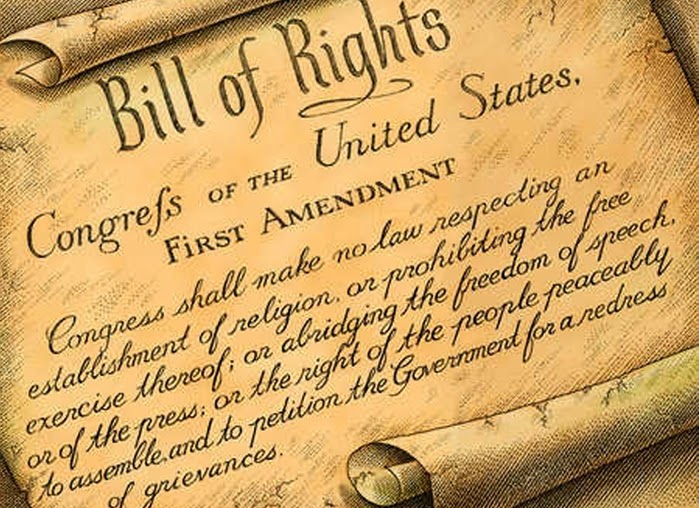 What the devil has gotten into those Republicans?  Are there no grownups left in that party? It's as if, this past January, they all just got out of juvie, where they were plotting their mischief, and now's the time to put their malicious but childishly goofy plans into action.

They're fussing about bakers having to bake cakes for gay weddings, or, worse, cater the damn things.  Entire Republican-oriented states are busy working up laws that'll put a stop to it without looking like they're trying to put a stop to it, because, you know. . .discrimination.     It's all the media talked about for days.  As if the future of our country rested on whether or not gays are entitled to food or dry goods sold by, you know, Christians.

(About those Religious Freedom Restoration Acts:  Presumably they mean restoring religious freedoms to those given the Pilgrims before they fled Britain's shores and headed for what would become the land of the free and the home of the brave.  Because who has more religious freedom than Americans?)

Meanwhile, the latest polls show more Americans (many, many, many of them Christians) favor gay marriage than don't.  It's getting to the point where, one of these days, the mainstream media might have to recognize a dead issue when they see it and stop pandering to the bigots for stories that bring the greatest ratings.

And speaking of great, the great state of Tennessee is moving toward making the Bible the State Book.  (What is a State Book, you ask?  It's a book any state designates as a State Book.  Notice the caps. That makes it official.)  The closest I could come to finding other state books is a whimsical, non-binding list Kristen Iversen put together for Brooklyn Magazine last October.  Interesting selections--so interesting I forgot I was writing a blog and spent an hour over there, mulling them over, looking some of them up, arguing against some choices and cheering others on.  (Eudora Welty would have been a good choice for Mississippi, and Garrison Keillor for Minnesota, but in Michigan, my Michigan, it's Elmore Leonard all the way.  And what's with New York City having a place of its own among the states?)

As wonderful as some of those books might be, none of them is on a scale with The Bible.  No getting away from it, The Bible is a Big Book in some circles.  It's been at the top of the best seller lists for so long it's no longer even listed.  But we know it's there.  (Brooklyn Mag's choice for Tennessee, by the way, is Cormac McCarthy's "Child of God."  Gives you chills, doesn't it?)   But good luck, Tennessee.  (You do realize you're a state and not the protestant equivalent of the Vatican, right?)  By the way, Mississippi is thinking about it, and Louisiana gave this same thing some thought last year and then scrapped the whole idea.  But don't let that stop you.  Please.

Food stamps are a big issue these days.  According to the Republicans, nobody should be on food stamps, but since they can't stop it entirely, the next best thing is to shame the recipients into dropping out voluntarily.  Turn the masses against them.  Make them grovel for what little they get.  Pretend they're using it for lobster and filet mignon and Haagen Daz.  But understand this:  Since children should be unseen and unheard, except for those in the womb, tightening the food stamp belt will have no affect on the little kiddies.  None.  None at all.

As Dana Milbank wrote in The Rush To Humiliate The Poor:

The Kansas legislators must be pleased that they have protected their swimming pools from those nasty welfare recipients. But the gratuitous nature of the law becomes obvious when you consider that it also bans all out-of-state spending of welfare dollars — so the inclusion of a cruise-ship ban is redundant in landlocked Kansas.

Now we're hearing that some states are officially banning climate change talk in any state agency having to do with the environment where they might, on the off-chance, find themselves discussing that sort of thing.  They're not even making it a secret.  It's as if they don't know it's something no normal government body would do.  It's as if they think nobody has ever heard of their sugar daddies, the Koch brothers, and their vested interests in the fossil fuel industries. (I wonder what happens to anyone who defies that ban?  Boiled in oil?  Stretched on a rack? Tongues cut out?)

Oh, there's more.  Of course there's more.  Misogyny, racism, collusion, corruption, adultery, Downton Abbey. . .it never ends.  But what might save us is not the Good Book but our country's most important document.  As Thom Hartmann reminds us in a brilliant article called Why the Right Hates American History, our rights are, in fact, inalienable, not because we're Americans or Oklahomans or Kansans or Michiganders, but because we're humans:


The simple reality is that there are many “rights” that are not specified in the Constitution, but which we daily enjoy and cannot be taken away from us by the government. But if that’s the case. . .why doesn’t the Constitution list those rights in the Bill of Rights?

If you know your history, you know that the reason is simple: the Constitution wasn’t written as a vehicle to grant us rights. We don’t derive our rights from the constitution.

Rather, in the minds of the Founders, human rights are inalienable—inseparable—from humans themselves. We are born with rights by simple fact of existence, as defined by John Locke and written by Thomas Jefferson in the Declaration of Independence. “We hold these truths to be self-evident,” the Founders wrote.

Humans are “endowed by their creator with certain inalienable rights….” These rights are clear and obvious, the Founders repeatedly said. They belong to us from birth, as opposed to something the Constitution must hand to us, and are more ancient than any government.

The job of the Constitution was to define a legal framework within which government and business could operate in a manner least intrusive to “We, The People,” who are the holders of the rights. In its first draft it didn’t even have a Bill of Rights, because the Framers felt it wasn’t necessary to state out loud that human rights came from something greater, larger, and older than government. They all knew this; it was simply obvious.

Thomas Jefferson, however, foreseeing a time when the concepts fundamental to the founding of America were forgotten, strongly argued that the Constitution must contain at least a rudimentary statement of rights, laying out those main areas where government could, at the minimum, never intrude into our lives.

We can't stop now.  I can't stop now. Not as long as the Republicans insist on doing their nasty work out in the open, for everyone to see. They're trying to create a new and terrible normal, using dirty money given to them by people who seek to profit by bringing our country down.

Hands on the Constitution, by the power vested in us, we cannot let it happen.