Blogorama: Of Free Speech and Miracles 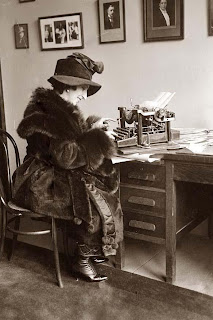 When I first started writing, there was no internet and thus no blogging, and thus no everyday opportunity to opinionate--or bloviate, as the case may be. If we were lucky, our opinions would be published in our local newspaper's "Letters to the Editor", and we would be thrilled to see ourselves in print. If we were really lucky, we might secure a space on the Op-Ed page and actually get paid a few dollars a column to write about anything that popped into our wee little heads.

I did that for a few years, and while I worked hard at it and was every bit as passionate about the world around me as I am now, the chance for any meaningful readership numbers was about as slim as my chance to win the PowerBall.

Still, I wrote--and gave it all I had.

Now I write here, not out of any sense of ego or authority, but because I have something to say and I can do it for free on the World Wide Web. That's a concept that's pretty astonishing. (Okay, there may be a bit of ego--let's face it, how could it be otherwise? But I claim no authority.)

The downside to this freedom to bloviate is that the WWW is an equal opportunity monster of humungous proportions. A jillion people can set up a jillion blogs and do the same thing I'm doing right here, right now. I'm exquisitely aware that to be one in a jillion is to be nothing at all. A mere speck in the sands of exaltation.

But still I write--and give it all I have.

The upside of creating a blog, besides the obvious one of writing your heart out with the knowledge that you'll be "published", no matter what, is that you soon find yourself in amongst a community of like-minded bloggers who will pay attention to your blog if you'll pay attention to theirs.

As pathetic as that may sound, it's actually a terrific system, leading to all manner of serendipitous discoveries.

I "met" one such blogger by reading her comment on another blog, which I discovered when that blogger commented on mine. I went to her blog (Preserve, Protect and Defend) and commented on her comment and now she occasionally comments on mine, while I do the same on hers. She calls herself "Two Crows", which is fine with me. I don't need to know her real name to appreciate her writing. The point is, I never would have found her if not for the intricate, intertwining paths of the blogosphere.

Robert Reich has what he calls his "personal journal" through Blogspot. I was thrilled to find it, because he writes the way I would want to write if I had the talent, and more times than not I get to shout "Amen" while I'm reading him. But more important, he's using the exact same template that I chose for my blog. His is spare and elegant and at the same time welcoming--the perfect showcase for his words--while mine. . .well, you'll just have to take my word for it that we started out on the same page.

But the reason I bring any of this up is because I still haven't gotten over an extraordinary, spontaneous happening last week among the TPM Cafe bloggers on Talking Points Memo. I'm a blogger newbie on that site, so I have no real history there. I don't know any of the bloggers well yet, but I liked what I saw there from the first day I found the site.

One blogger in particular--dickday--stood out because he was funny and so very clever--a kind of modern day chronicler of deliciously skewed Arthurian legend. He commented on a couple of my blogs and was incredibly kind and welcoming. I was nervous as hell to be among such smart people so I latched onto one of them--dickday--and followed him wherever he went.

Last week his regular posts just stopped. So did his always amusing comments. I vaguely wondered where he was but I didn't pay too much attention. Everybody understands that blogging can be every day or it can be sporadic. Apparently with dickday, it had come to be a regular event, almost like clockwork, and his followers were worried.

Then began a search the likes of which we've never seen since Stanley went looking for Livingstone.

After a day or so of scurrying around, someone finally heard from him. His computer had crashed and he was sending a feeble message from the wilds of his local library. dickday without a World Wide quill. Unthinkable! But money was tight and using the library as his home base was out of the question.

That's when the Cafe bloggers went into action. Within minutes (or so it seemed) someone had come up with the idea to find dickday a computer. Within a few more minutes someone offered a perfectly good CPU. Before long a PayPal fund was set up for donations toward the necessary extras, things were packed and shipped and someone who lived a few hours away volunteered to go over and set it up. The entire thing was a marvel in efficiency--Whoosh! Things happened.

But what was breathtaking to me was the caring, the concern, the compassion. I honestly have never seen anything like it in all my years on forums anywhere. So, I'm hoping they won't mind (because I and a few others were hesitant at first to make this so public), but this is my tribute to those folks who took it upon themselves to honor someone they have never met, and who did it with such extreme joy and such absolute good will. 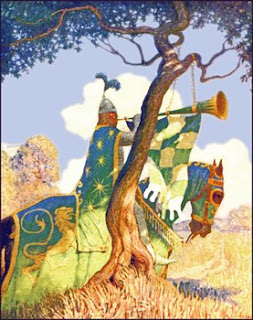 Times are tough and it's easy to be cynical about the world we live in and the people we meet along the way. This was good. It was so good. If it doesn't qualify as a true miracle, it's probably as close as I'll ever get to seeing one.

Bravo to those good folks. May they ever keep joy in their hearts and a penny in their pockets. And may dickday get those fingers tapping and tell us a tale for the times.