From Carolina to Michigan: Not so far apart 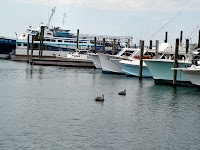 In an odd juxtaposition that would mean nothing to anybody but me, I’m packing up to leave South Carolina, the state with the second worst unemployment, to go back to Michigan, the only state in the land that has it worse.

When I get back home to upper Michigan, where we live for the other nine months of the year, I’ll find three-foot snow banks and not a hint of green grass anywhere. It’ll be weeks before we’ll even see crocuses.

Unemployment is a huge problem in both states, for very different reasons, but the biggest difference is in how these two states are governed. In Michigan, we have Democratic governor Jennifer Granholm, an untiring, unwavering advocate for the workers in her state. Michigan’s economy is based on industry first, tourism second. So when manufacturing goes by the wayside, as it has in the past decade or more, our economy slides downward, with no end in sight. 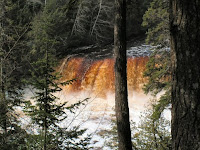 As I noted in an earlier post, Governor Granholm has been out there beating the bushes, looking for funding to help the people of our state. She’s not above begging if she has to, because she feels Michigan’s future is worth whatever it takes.

In South Carolina--a beautiful state with pockets of grinding poverty--tourism is the top game. The mountains, the beaches and the golf courses are a huge draw. When times are good, business people down here are in Hog Heaven, what with all the high living going on. But when times are bad--really bad, as they are now--the fun comes to a screeching halt and the purveyors are left high and dry.

The only way out, odious as it is to some, is to let the Feds come to the rescue. They're the only ones with a cavalry big enough to take on this mess. But Mark Sanford, governor of South Carolina, is barricading himself inside his plantation, yelling for those Damn Yankees to keep away.

He is one of a handful of governors--all Republican--who took a stand against the only rescue in sight, the stimulus plan. All of a sudden those same Republicans who were happy revelers during the Bush years, when rampant, raging capitalism came into full bloom, have now seen the light (Yea, verily, have seen the LIGHT). Now, when times are about as bad as they can get, they're ready to cut the cord, to tighten the belts, to put the troops on a diet of bread and water.

If Sanford is concerned with the condition of his state and the numbers of unemployed workers, he has a funny way of showing it. So where are the workers on this? How do they feel? Will they ever gain their voices and speak up?

Your pride, South Carolinians, is not in turning down what Sanford says is a government handout with strings. Your pride is in recognizing a chance to rise up from poverty and become an asset to America, where we're all working together to make this country strong again.