Color This Purple - And Keep It Away from Children

I have to say that even though I think using a coloring book that includes a drawing of the Twin Towers going up in flames as a tool to ease kid's fears about the crumbling world around them is completely, dazzlingly wrongheaded, I have to admit to ever-so-slightly mixed feelings about it. That's because I'm a liberal and I understand about letting your heart get in the way of your head.

We do these things because we love.

"A Scary Thing Happened" was put out by an Albert Lea, Minnesota Crisis Response team after a terrible tornado season, and illustrated by a grandmother of 10, with support from a medical center associated with the Mayo Clinic, a plumbing company, a printing company, and a bank, among others.

I can see those grown-ups brainstorming around a table, thinking they needed to come up with something a frightened kid could look at and understand that they're not alone, that their feelings are perfectly normal, and that there are adults who get it and want to help. I could see me sitting around that table after that devastating tornado season, wringing my hands, pounding my head: Think. THINK. What can we do?? But I like to think that even I would recognize that using the destruction of the Twin Towers as a teaching tool for terrified toddlers was glaringly beyond the pale. Still, they didn't just include a page about 9/11 inside the little book, they flashed it in full color on the cover.

Word got around about the book and in 2003 it made its way to the FEMA website, where it could be downloaded from the Kid's Page as a pdf. file. Nobody seemed to pay much attention until recently, when somebody apparently saw it and complained about the cover. The new FEMA crew took a look and promptly pulled it from the website. When they were asked why, they said a parent did complain about the content, and anyway, they were redesigning their website.

It was supposed to be gone, but of course somebody always has everything, so finding it wasn't that hard. I found it on The Smoking Gun (no surprise) and downloaded the pdf. file to see it for myself.

It is meant to be a comfort--I can see that. But I'm a grown-up and not a child still into coloring books. Coloring books are meant to be a pleasant pastime; something to while away the carefree hours. One frightening page leads to another in this book and by the time the kid has finished, he/she has a right to be scared witless. Fires, tornadoes, floods--they're all out to get you. I can't imagine even one child feeling better about the crumbling world around them because they're able to color in disaster scenes or draw pictures of how they feel. ("Draw a picture of yourself when you heard about the disaster.") 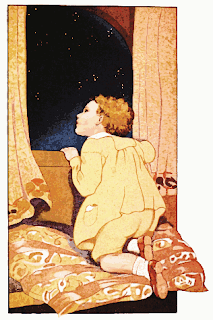 These are the kinds of things we need to talk about with our kids face-to-face. They need to feel our arms around them when we tell them the truth about what they've either witnessed or what has directly happened to them. They need to be able to talk to us about their own fears. We need to do it together, without the distraction of visual aids. But more important, we need to keep it in the here and now, and not bombard them with the things that might happen, that could happen, that will happen.

That's the egregious part about the honest but rash effort on the part of the Freeborn County Crisis Response Team--they came at it from a grown-up's logical, dispassionate point of view instead of from a kid's fearful, nightmare image of a world already out of their control .

From my own point of view, the only visual aid a scared kid needs is the sight of us being there for them.

(Cross-posted at Talking Points Memo here)
Posted by Ramona Grigg at 10:11:00 AM