I Would Make a Better President Than Donald Trump 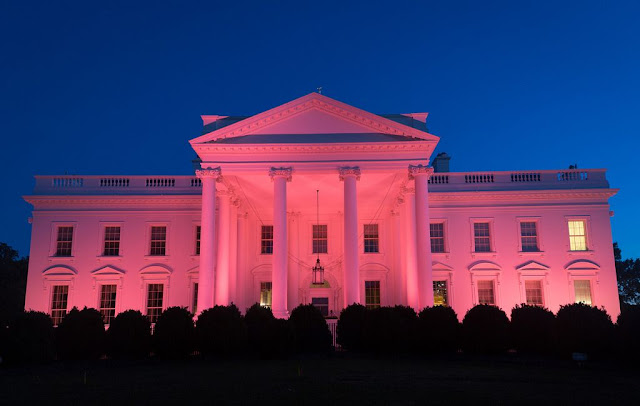 Man, that guy in the White House is quite the amateur, isn’t he? What a screw-up! Hire professionals, I always say, especially when the job is the absolute highest in the whole damn land.

But if you just can’t bring yourself to trust a seasoned, professional politician, next time try me.

First off, if I came to the White House through some fluke (which is how it would have to be), I would know, without anyone having to tell me, that I was an amateur. I would be looking to the experts even before I went out into the Rose Garden to congratulate myself for getting to that place women hardly ever even dream of anymore.

I would admit that, at 82, I may be missing a few marbles, but not to worry — my BS-Meter is still working overtime. I would take a few questions, and if I didn’t know the answer, I would say, truthfully, “I don’t know.”

I’m not good at small talk or bullshitting but I would make a few jokes, just to get the press corps laughing again. (Because, lord knows…) They would be self -deprecating, but not so awful that I look really bad. Then, when someone gave me the secret signal to wrap things up, I would toddle off, waving, promising it’s a new dawn, it’s a new day, it’s a new life…

Right after lunch (in the White House!!!) I would call my cabinet together and we would get to work. My cabinet would be mostly made up of experts in their field, but might include both Jon Stewart and George Takei. That’s still up in the air, but I feel like I’ll need them.

I would take my cue from FDR and hire people who wouldn’t shrink from the words “constitution” or “common good” as if they were inscribed on wooden stakes aimed directly at their hearts.
If I didn’t understand them, I would say, “I don’t understand. Can you talk down to me, please?”, and they would, because, as I’ve said, I know nothing.

I would leave the big money talk to the experts, and if they couldn’t agree among themselves, I would call in Robert Reich to settle the matter.

I would ask Rachel Maddow to become my Chief of Staff, and anything else she wanted to be.
I would hire Lawrence O’Donnell to be my speech writer.

Dan Rather would be in charge of Communications.

We would reinstate the press briefings and Connie Schultz would be Press Secretary. Jim Acosta and April Ryan would get reserved front row seats.

I would make Chelsea Clinton our Good Will Ambassador.

I would ask Christiane Amanpour to be my Secretary of State.

Merrick Garland would be Attorney General.

The Secretary of Education would be a public school educator.

The Secretary of the Interior would be an environmentalist.

The Secretary of Commerce would send shivers through big business.

I would beg Dolores Huerta to be my Secretary of Labor.

I would put Beto O’Rourke in charge of gun control.

I would reopen every closed Planned Parenthood clinic and make plans to open more.

Jacob Soboroff would take over the investigation into the refugee crisis on the border. Heads would roll down there until those families are reunited.

I would create a Citizen’s Committee on Congressional Oversight and put Maya Wiley in charge of it.

I would make few demands, but one of them would be that Ruth Bader Ginsburg must live forever.

And lastly, I would never, ever do anything to make Nancy Pelosi mad at me.

(Did I forget to say Maxine Waters would be my Vice President?)

So now that you’ve seen my hypotheticals, I hope you’ll think about them. Think hard. But don’t, whatever you do, write me in as a candidate! I mean it! Don’t do it! Don’t you dare write in R-a-m-o-n-a G-r-i-g-g.

Please Note: There is no comment section until I can figure out what went wrong. If you would like to comment, you can do it at the cross-posted link or write me at ramonasvoices@gmail.com. Thanks.