The Pope's Parting Gift to Bigotry 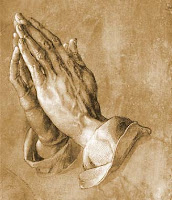 While much of the country was still coming off of the Papal Visit high last week (it was a trip, wasn't it?), that parade was not only rained on yesterday, it was deluged.

Less than a week after Pope Francis the Terrific thrilled the country with a visit that filled our very souls with joy (Right?), the Papal love-fest is threatening to become a veritable wash-out.  How did this happen?  How could it happen?

Two words:  Kim Davis.  (No, I'm serious)  Kim Davis, the homophobic county clerk who went to jail rather than obey a court order to issue marriage licenses to same-sex couples, somehow wrangled a private visit with the Pope.  Her people arranged it with his people and it happened.  Millions of faithful followers who ordinarily would give their left livers to have an audience with the Pope are now left wondering if  it's such a big deal after all.

The rest of us are left wondering.  And not secretly, either.  The internet went nuts yesterday, far into the midnight hour.  The Faithful tried to deny it happened, ever wishing it was so.  The more cynical among us said, "See?  I told you."  Sadness and disappointment reigned.  And the LGBT community went back to business as usual.

The argument from the followers is that the Pope sees saints and sinners alike and doesn't judge.  He went into prisons and blessed the sinners there.  He washed the feet of the undeserving poor.  He does these things.  No big deal.

Here's why it's a big deal:  Kim Davis is not following any sane religious conviction by discriminating against gay partners who want to marry.  Her religious liberties are not endangered because a civil court judge ordered her to do her job.  But the main reason it's a big deal is because Kim Davis's flock will use the Pope's private visit as tacit approval for even more bigotry.

It doesn't matter what he said to her or even if he knew who she was.  (Hard to believe that he wouldn't since the meeting was set up more than a week before the Pope landed on our shores.)  What matters is the optics.  The meeting took place.  It was a privilege and an honor not bestowed on just anyone.  It's an anointment by the Pope, perhaps the most famous and powerful of all religious leaders.

Having a private meeting with the bigoted clerk whose claim to fame is that she would rather go to jail than sign her name to a legal marriage license for same-sex couples does, in fact, show the Pope is judging.  He may not be judging her, but by giving her permission to stay strong in her attempts to discriminate, he is judging every loving same-sex couple wanting to be married in that county.  He has given the bigots all the ammunition they'll ever need.  If we can be led to believe that even this loving Pope makes exceptions when it comes to same-sex couples, their struggles grow exponentially.

It's not just a mistake, it's a tragedy.