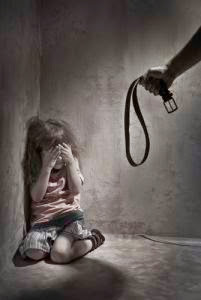 Every few months--sometimes less--a story about child abuse hits the airwaves and everyone takes it to the top and talks about it.  Everyone agrees that child abuse is bad.  How could they not?  Child abuse IS bad.  This time it's an NFL player who admitted to switching his four-year-old until the welts rose and the blood flowed.  His excuse was that it was a spanking and it's how he knows to discipline his kids because it was how he was disciplined.  Until he agreed to therapy he saw it as no big deal.  He honestly seemed not to get it that raising welts on a child and drawing blood was not the way to parent.

While all this was going on, NFL Hall of Famer Cris Carter took to the cameras on ESPN and talked emotionally about our entrenched but wrong-headed views on discipline.  (Thank you, Mr. Carter. You have my eternal respect and gratitude) :


"This goes across all racial lines, ethnicities, religious backgrounds. People in disciplining their children. People with any sort of Christian background, they really believe in disciplining their children," Carter began. "My mom did the best job she could do raising seven kids by herself. But there are thousands of things that I have learned since then that my mom was wrong. This is the 21st century. My mom was wrong. She did the best she could, but she was wrong about some of that stuff she taught me. And I promised my kids that I won't teach that mess to them. You can't beat a kid to make him do what you want to do."


Let's be honest:  spanking is just a fancy word for hitting.  The word is kind of cute. Spanking.  It's used to make the actions of the hitter seem more benign, but hitting is hitting and when there is hitting, someone is going to get hurt.  That's the objective.  Behavior modification by inflicting pain.

Spanking is what parents and caretakers do to kids when they've lost their tempers and the only road to relief is to hit somebody.  Sometimes it's instant and spontaneous, but sometimes--this makes me shudder--it comes after a delay; a cooling-off period when the adult about to do the hitting would have time to think about it and just not do it.  Then it isn't a matter of losing control, it's a matter of gaining control by hurting someone.

Kids get spanked or switched or whacked or smacked all the time.  We brag about it, joke about it, and make excuses for it:  It's part of our history, our culture, our destiny.  A good spanking never hurt anybody.  Or so we would like to believe.

I have smacked a padded butt or two, pulled on a little arm, and forcibly, not gently, removed a child from a situation that was dangerous or had gotten out of hand.  We parents are not perfect; nor, you might have noticed, are our children.  Obedience is not something that comes naturally to them.

Every new parent wants to believe from the get-go that they've got this--all it takes is smarts and patience and a loving heart.   Every new parent learns quickly that whatever assets they thought they were bringing to this whole parenting thing are just so much oatmeal when it comes to applying them to real, live kids with minds of their own.

So because we all know that kids don't always cooperate when it comes to guidance and discipline, and because nobody seems to know which method, if any, will work, we tend to want to stay out of other peoples' parenting efforts.

It's far easier to believe that spanking is okay while hitting isn't and not recognize that the two are one and the same.  Whatever you want to call it, kids are being hit by adults.  Some of them are beaten, bruised and bloodied to the point where even seasoned spankers are horrified. But that's the problem:  There is no clear definition for spanking.  We can use the word without really knowing what we're talking about.

The term "child abuse" is out in the open now.  That wasn't true even 30 years ago, when the first child abuse hotlines began to appear.  We're better informed and we know abuse when we see it, but we're still not willing to include spanking in the "abuse" category.   It needs to be there.  We can't control the methods or degrees of spanking.  There is no effective way to monitor spanking to make sure it doesn't go too far.  The way to control it is to make sure it doesn't happen.

Every adult who spanks is not a child abuser, but every adult who spanks has to recognize that spanking is intended to hurt, and hurting a child, any child, is something a healthy society needs to address.  We can't talk out of both sides of our mouths.  Either we believe children need to be protected from deliberate hurt or we don't.

(For further reading, an earlier post:  "A Simple Plea:  Do Not Lay Hands Upon Our Children".)

(Cross-posted at Alan Colmes' Liberaland and Dagblog. Linked at Mike's Blog Roundup at Crooks and Liars.)