He Hit Her. And She Went Down.

The big domestic story this week is the suspension of Baltimore Ravens running back Ray Rice after a video surfaced showing him inside an elevator punching his then-fiancee, Janay Palmer, so hard he knocks her out cold.  She falls on the floor, unconscious, and when the elevator door opens he is seen dragging her out of the elevator, kicking her to get her dead weight away from the doors, never once seeming to worry about the fact that she is not moving.

This happened months ago, in February, and when the first video came to light--the one where he is seen dragging her out of the elevator, kicking her, etc.--the NFL gave the bad boy a slap on the wrist; a two-game suspension.  Yesterday a new video came out showing the actual knock-out punch.  Now it's a fact.  This guy, Ray Rice, hit a woman--the woman who loves him--so hard she fell to the floor, unconscious.  He hit her that hard.

Let me repeat:  He hit her hard enough to knock her out.  And then he dragged her--dragged her--out of the door.  He did not try to awaken her or comfort her or appear to be the least bit concerned.

That's the story we should be talking about, but instead the big story is that, even after that, the woman who says she loves him went on to marry him and is now defending him and blaming the media for ruining their lives.  She has a problem, no doubt, and every one of us hopes she comes to her senses and leaves this jerk right now.  But it's her abuser who has the bigger problem.

He can't get away from who his is.  He can make excuses and promise never to do it again.  (Which, in Rice's case, he hasn't done--at least not publicly.  At his press conference, he apologized to the NFL, to his fellow players, to his fans, to everyone except his wife--the woman he knocked out cold in the elevator.) He can agree to some sort of counseling and he may even do it.  But in the end, he is in charge of his ability to care enough about another human being so as not to do her harm.  He, and only he, can control himself. 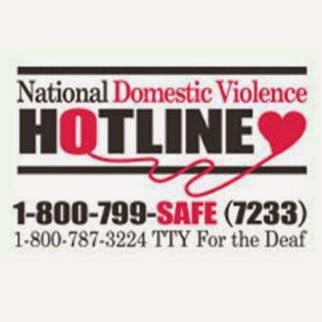 Nearly everyone who has been involved in abusive relationships--the victims themselves or the clinicians who care for them--have said, on seeing the tape, that this is not a one-time "mistake".  Rice's careless disposal of this woman, his fiancee, rendered unconscious by the application of his fist to her face, indicates a history of violence.

He is the problem.  She is the victim.  If she decides to seek help, there will be many experts ready to help her.  If she's lucky, she'll break the bonds that attached her to a violent abuser and her life will take a new and better turn.

But Ray Rice will still have to live with himself.  He will either have to come to terms with the horror of what he has done or he will go on insisting, even to himself, that he didn't mean to do it, that they were both angry, that she lunged at him, she spit at him, and what could he do?  That for that split second he was out of control and it'll never happen again.  That this isn't who he is.

Every abuser believes this.  Every abuser has to believe this, because anyone who systematically uses fists or a weapon to injure someone weaker is living in the body of a monster.  And nobody wins when the monster wins.

(Cross-posted at Alan Colmes' Liberaland and Dagblog. Featured on Mike's Blog Roundup on Crooks and Liars.)