Every writer is jealous of other writers.  Whether it’s fame or fortune or talent, we can’t help but snivel a little when they become Them and we’re still just us. 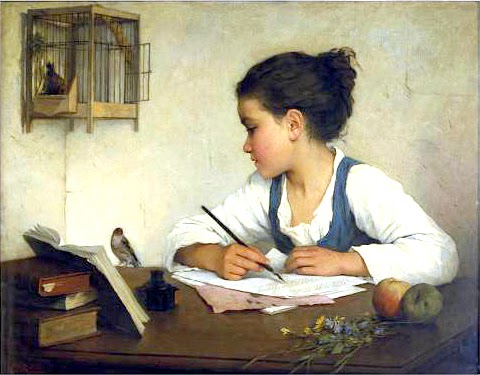 Most of us do it in silence or in the midst of a narrow group of co-commiserators.  Not many (Okay, a few, but they’re gone now) do it as publicly as a writer named Lynn Shepherd did recently when she wrote a blog post on HuffPo UK telling J.K. Rowling she’s had her turn and if she had any decency at all she’d hang it up and give someone else a chance.

Now, who is Lynn Shepherd to be telling the great Jo Rowling she’s being selfish with all that extraneous publishing now that Harry Potter is done and over?  Beats me.  I don’t know and I don’t care.  Honestly, I don’t.  I’m all for audacity and truth-telling but I can’t get past her own admission that she really doesn’t read Rowling.  It’s all about the fame and fortune.  One person apparently shouldn’t have that much.
A snippet of what she said:

"I didn’t much mind Rowling when she was Pottering about. I’ve never read a word (or seen a minute) so I can’t comment on whether the books were good, bad or indifferent. I did think it a shame that adults were reading them (rather than just reading them to their children, which is another thing altogether), mainly because there’s so many other books out there that are surely more stimulating for grown-up minds. But, then again, any reading is better than no reading, right? But The Casual Vacancy changed all that.

.It wasn’t just that the hype was drearily excessive, or that (by all accounts) the novel was no masterpiece and yet sold by the hundredweight, it was the way it crowded out everything else, however good, however worthwhile. That book sucked the oxygen from the entire publishing and reading atmosphere. And I chose that analogy quite deliberately, because I think that sort of monopoly can make it next to impossible for anything else to survive, let alone thrive. Publishing a book is hard enough at the best of times, especially in an industry already far too fixated with Big Names and Sure Things, but what can an ordinary author do, up against such a Golgomath?"

I guess you noticed that she never read any of the Harry Potter books?  Seems odd, doesn’t it, that she would then go on to say, “I did think it a shame that adults were reading them (rather than just reading them to their children, which is another thing altogether), mainly because there’s so many other books out there that are surely more stimulating for grown-up minds.”

Gulp and gasp and get outta here!  I’m a grown-up, I read a LOT.   I loved the Harry Potter books.  I felt a lot of things while reading them, but I’m pretty sure I never felt shame.

So here’s my dilemma, and I’m going to be honest about this.  I don’t much like that this person who puts herself in league with “ordinary authors” (see above) is getting all kinds of attention simply because she’s in a snit over someone else’s fame. (Check out her FB and Twitter hits.  Many more than I (sniff) ever got.  Hmmmph.)   And here I am, adding to the so thoroughly unearned attention

I have a feeling Lynn Shepherd knew exactly what she was doing with this piece.  A friend tried to warn her, but I think she saw it as the perfect attention-getter for her own books.  If that’s what it was, she failed.   Look at this (My bold):


"So this is my plea to JK Rowling.  Remember what it was like when The Cuckoo’s Calling had only sold a few boxes and think about those of us who are stuck there, because we can’t wave a wand and turn our books into overnight bestsellers merely by saying the magic word. By all means keep writing for kids, or for your personal pleasure – I would never deny anyone that – but when it comes to the adult market you’ve had your turn."

Jo Rowling’s success was anything but overnight.  I get that she's talking about her fame giving her a head start with any subsequent books, but Jo Rowling has certainly paid her dues.  There isn’t a writer on earth who doesn’t know about Rowling’s struggles while working on the first Harry Potter book.  She was a single, jobless mom living for a while on welfare and food stamps.  Her fame was not handed to her.  No magic wands.  Not by a long shot.

But, by golly, Lynn Shepherd got what she wanted.   First Huffington Post and now here.  (Oh, I’m kidding!)  I admit I’ve never read her books, but I don’t need to in order to say this:
That was a cheap trick.  I’m sorry I got pulled into it but if I hadn’t I wouldn’t have been able to say publicly that that was a cheap trick.


It is our choices, Harry, that show what we truly are, far more than our abilities. – Albus Dumbledore”
― J.K. Rowling, Harry Potter and the Chamber of Secrets

NOTE:  I wrote this post last night, before I heard there was a negative-review bomb against one of Lynn Shepherd’s books over on Amazon.  At last count I saw 44 one-stars, most of them published yesterday.  They were all paying her back for what she wrote about J.K. Rowling.

What I wrote above is fair game.  It’s my opinion, just as Lynn Shepherd’s opinion is hers.  What is happening to this writer at Amazon is an attempt to destroy a writer’s work by giving it deliberately low ratings.

I left my post as it was originally written because my thoughts about Shepherd’s piece haven’t changed, but I’m frankly appalled by the outside attacks on works that have nothing to do with what she wrote at HuffPo.  This is chilling to any writer who writes opinions on controversial subjects.

Whatever I said about cheap tricks above goes ten-fold for those who think this is a cool way to get back at her.  Get back at her for what?  I think Jo Rowling will be just fine after this.  Whatever I think about Lynn Shepherd, I don’t want to see her own career ruined over a simple thousand-word opinion.

Speaking to the Guardian today, Shepherd apologised for upsetting writers and readers alike, explaining that she had "only ever meant to raise the issue of how hard it is for new writers to get noticed and how publishing is much more of a zero sum game than people often think".
"Many writers face the same challenges and frustrations when they're just starting out, and JK Rowling did herself," Shepherd said. "She's been a phenomenal success since then and has millions of fans who are passionate about her books. That's an amazing achievement. With hindsight I'd have written my piece an entirely different way, as I never intended it to upset anyone, and I'm very sorry that it did."