Will Michigan be the first to privatize public education?

Ever since Rick Snyder soft-talked his way into the governorship in Michigan, throwing the doors wide open for his biggest donors, the Mackinac Center, ALEC and the Koch Brothers (All for One and One for All against the Rest of Us), I've grown used to reading the craziest stuff imaginable about my beautiful state.

I mean, it's been special.

That bunch almost got away with the wholesale takeover of entire communities, using the ruse of a revised, blatantly unconstitutional Emergency Manager law, but--many, many thanks to the voters (and, of course, to the efforts of Chris Savage at Eclectablog and his direct line to the great Rachel Maddow)--it looks like at least this one attack on our democracy may be defeated.  And at the polls, yet.  Woo Hoo! (Okay, it's not over yet.  They're fighting it, because, you know, screw the constitution.) 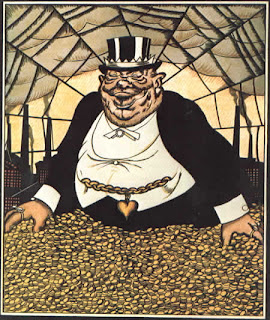 But, true to form, Snyder, the Republican majority legislature, and the Tyrannical Triad (All for One and One for All. . .) have already turned their misguided attentions to the other Big Thing on their agenda:  public education.  They want it gone.  For good.  Not just relegated to second banana in favor of schools-for-nothing-but-profit, but out of there.

They're meeting today to discuss the pros and pros of doing away with our educational system, and it's not likely any of us who are horrified at the thought of privatizing our venerable, free, fair system of ensuring an adequate education for every breathing kid in America will have any impact, no matter what we say or do.

The superintendent of Bloomfield Hills Schools, Rob Glass, grew alarmed enough at this latest assault to send a letter home to the parents, advising them of the proposed takeover attempt.  Bloomfield Hills houses a fair share of one-to-ten-percenters and is the home town of one Mitt Romney.  Cranbrook Academy, the tony private prep school where Mitt and Anne Romney met as students, is in Bloomfield Hills.  But the school superintendent is, thankfully, a public school advocate--a hero for all children--who may just have put his job on the line by exposing the upcoming actions of the governor and his cohorts.

Read his entire letter to the parents here.  He says, in part (my highlights):


I’ve never considered myself a conspiracy theorist—until now. This package of bills is the latest in a yearlong barrage of ideologically-driven bills designed to weaken and defund locally-controlled public education, handing scarce taxpayer dollars over to for-profit entities operating under a different set of rules. I believe this is fundamentally wrong. State School Superintendent Mike Flanagan and State Board of Education President John Austin and others have also expressed various concerns, as has the Detroit Free Press.
We embrace change, innovation and personalization.We’re passionate about providing choices and options for students. We compete strongly in the educational marketplace. We must never stop improving. This is not a laissez faire plea to defend the status quo. This is about making sure this tidal wave of untested legislation does not sweep away the valued programs our local community has proudly built into its cherished school system.


Chris Savage at Eclectablog, who cadged quotes (he readily admits) from Brainwrap at Daily Kos, who also published Rob Glass's letter, has more on this. Click here, please, and give it the attention it deserves.  Even if you're not from Michigan.  This is a battle we'll all have to fight before it's over.

Hard core privateers from the far right have taken over the Republican party and Michigan is Ground Zero for their operations. They won't let up until they've taken it all.  Hundreds of thousands of voters across our beautiful state hit the Republican button and cast their votes for them.  They won and are cruising along on what they see as a mandate because their voters either didn't know or didn't care.  Either excuse is irresponsible and reprehensible.

Trying to do away with public education is nothing new.  It's been going on since public education became the right thing to do in a democracy, but this is the first time in my memory that an end to all that looks possible.

I didn't vote for greedy private interests but my grandchildren and their grandchildren and every other kid depending on free public education will have to pay the price, all because those who did vote for them gave no more thought to it than they would a vote for an "American Idol".  That's not just crazy, it's insane.