NOTE:  This is a repeat of a blog post from October, 2010, the year the Democrats lost the edge by losing the House to the Tea Party and the Right Wing.  If it looks like I'm nagging, what you're reading is pure desperation.  If the lines in bold-face look like I'm gloating because I was right, look more closely.  They're covered in bitter tears.

We all know that certain people who make it a practice to depreciate the accomplishments of labor - who even attack labor as unpatriotic - they keep this up usually for three years and six months in a row. But then, for some strange reason they change their tune- every four years- just before election day. When votes are at stake, they suddenly discover that they really love labor and that they are anxious to protect labor from its old friends. 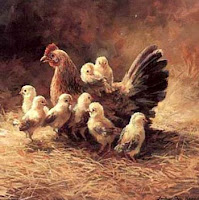 So along with the satisfaction you get from gunning for the Democrats who in your view are either clueless or cowardly or in bed with the corporates, you might want to give a thought to how all that griping is fueling the other side.  They're loving these little internecine battles, because while all that spitting and hissing is going on, they can move on down that low road with nary a care in the world.
I'm not going to rehash the horrors that will be unleashed if the Republicans take over congress, because there are others who have done it much more thoroughly already.  It will be bad.  You know that.  It will be so bad, we'll wonder how we could have let it happen again.

We'll pretend we didn't have anything to do with it--that the Big Money/Tea Party juggernaut was just too much for us.  But we'll be lying to ourselves, won't we?  All of this energy going toward attacking our own should be going toward attacking them. They are the enemy of the people, the destroyers of the universe (given half a chance), and we have an obligation to heal the wounds, not make them deeper.

I'm declaring a moratorium on Democrat-bashing until the elections are over.  It's only another month.  If the Democrats win, we'll have a chance to hold their feet to the fire to get things done.  If they lose, we'll have no chance at all.

I'm going for that chance, whatever it takes, and I hope you will, too.