On Writing Free and Brave

I had a bout with bronchial pneumonia this week, which left me breathless enough to now be able to cross "ambulance ride" off of my bucket list.  I spent two days in the hospital and, while I feel almost human again, a strange thing has happened.  When I sit down to write, I'm finding that the last thing I want to write about is the current political situation.

How could that be?  Eleven days before the election and this political junky can't think of a thing to write about concerning the upcoming presidential election.  It's not that I don't care.  You know I care.  It's that I think I've probably said all I can ever say about it.  (Don't hold me to this; I'm on antibiotics and steroids and tomorrow is another day.)

I realized, as I lay in my moveable bed reading and watching old movies, that I had become so immersed in that Obama/Romney thing I almost forgot what it was to just relax and enjoy something of the world I used to know before the year 2001, when suddenly the nation's fault line erupted into a full-blown earthquake.

I had my Kindle Fire with me, but instead of logging onto the web, I read portions of books I had ordered but hadn't gotten around to reading:  The Wind in the Willows, Kenneth Graham (Funny and a comfort), and The Collected Stories of Eudora Welty (Never can get enough of Eudora.)

It strikes me that these books, each in their own way, are studies in bravery. (But then all writing for publication is rooted in bravery.  As anyone knows who's tried it, It's not for wimps.) 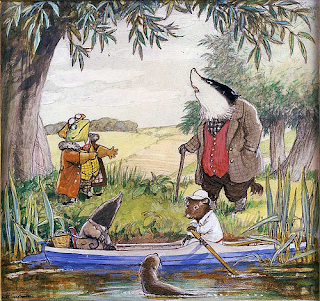 Kenneth Graham's stories in Wind in the Willows were based on stories he made up to calm his own son, Alastair, a sickly child prone to tantrums who eventually committed suicide at age 20. (The reckless, thoughtless Toad was said to be patterned after Alastair.)  Graham had dreams of the university life but couldn't come up with the money for it, even though it was clear he was smart and capable.  He ended up taking a boring, meaningless job in a bank, writing his imaginative stories after hours.  When he was forced to retire for health reasons he moved his family to the countryside where he was able to write full time.  His stories seem lighthearted and full of clever fun, as if the cares of the world had never entered his realm.  And we know that was not so. 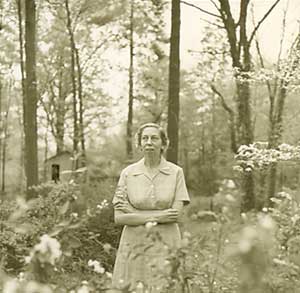 Eudora Welty grew up a sheltered, adored child with no fears, no worries, in an idyllic southern town.  She could have stayed in Jackson (MS) and been a true southern belle, but she was born Eudora; smart, clever and wickedly funny.  She would have withered on the magnolia vine had she stayed--which, of course, was out of the question.

She went to Wisconsin for her BA and then on to Columbia for graduate studies.  While she was in New York, she wrote a letter to the editor at the New Yorker, asking for a job.  She was 23 years old. The letter is pure Eudora, and since nobody yet knew who Eudora Welty was, they whiffed her off.

(H/T to Krista at Linkedin for steering me to it:)

March 15, 1933
Gentlemen,
I suppose you’d be more interested in even a sleight-o’-hand trick than you’d be in an application for a position with your magazine, but as usual you can’t have the thing you want most.

I am 23 years old, six weeks on the loose in N.Y. However, I was a New Yorker for a whole year in 1930-31 while attending advertising classes in Columbia’s School of Business. Actually I am a southerner, from Mississippi, the nation’s most backward state. Ramifications include Walter H. Page, who, unluckily for me, is no longer connected with Doubleday-Page, which is no longer Doubleday-Page, even. I have a B.A. (’29) from the University of Wisconsin, where I majored in English without a care in the world. For the last eighteen months I was languishing in my own office in a radio station in Jackson, Miss., writing continuities, dramas, mule feed advertisements, santa claus talks, and life insurance playlets; now I have given that up.

As to what I might do for you — I have seen an untoward amount of picture galleries and 15¢ movies lately, and could review them with my old prosperous detachment, I think; in fact, I recently coined a general word for Matisse’s pictures after seeing his latest at the Marie Harriman: concubineapple. That shows you how my mind works — quick, and away from the point. I read simply voraciously, and can drum up an opinion afterwards.

Since I have bought an India print, and a large number of phonograph records from a Mr. Nussbaum who picks them up, and a Cezanne Bathers one inch long (that shows you I read e. e. cummings I hope), I am anxious to have an apartment, not to mention a small portable phonograph. How I would like to work for you! A little paragraph each morning — a little paragraph each night, if you can’t hire me from daylight to dark, although I would work like a slave. I can also draw like Mr. Thurber, in case he goes off the deep end. I have studied flower painting.

There is no telling where I may apply, if you turn me down; I realize this will not phase you, but consider my other alternative: the U of N.C. offers for $12.00 to let me dance in Vachel Lindsay’s Congo. I congo on. I rest my case, repeating that I am a hard worker.


(Sounds like something I would do--not nearly as well but with the same results.)  But there is bravery in that letter--even in the misuse of "phase", without thought to correction.  She could have followed the orders of the day and presented herself in a more formal manner, much like everyone else, letting her writing speak for itself, but everything she wrote she wrote as Eudora.  This is who she was.

Every writer needs to be who he or she is.  I've been writing almost exclusively as a political blogger for nearly four years now, and at times I get pretty passionate about it--obsessed, even.  But that stay-a-bed with other reading sources opened my eyes to the world I eventually want to get back to.

I'm writing a book. It has nothing to do with politics and I'm having great fun with it, but it has taken a back seat because of the election.  I want desperately to give it my full attention and get it done, but at the same time, I love my blog and the places it takes me.  I'm trying to do both, and now I think I can.

What changed?  I couldn't breathe and I was scared.  Now I can and I'm not afraid anymore.  It did something.  It told me to get going.  To be free and brave.  Because life has never been known to wait.

The weary Mole also was glad to turn in without delay, and soon had his head on his pillow, in great joy and contentment. But ere he closed his eyes he let them wander round his old room, mellow in the glow of the firelight that played or rested on familiar and friendly things which had long been unconsciously a part of him, and now smilingly received him back, without rancour. He was now in just the frame of mind that the tactful Rat had quietly worked to bring about in him.

He saw clearly how plain and simple — how narrow, even — it all was; but clearly, too, how much it all meant to him, and the special value of some such anchorage in one’s existence. He did not at all want to abandon the new life and its splendid spaces, to turn his back on sun and air and all they offered him and creep home and stay there; the upper world was all too strong, it called to him still, even down there, and he knew he must return to the larger stage. But it was good to think he had this to come back to, this place which was all his own, these things which were so glad to see him again and could always be counted upon for the same simple welcome.

Wind in the Willows, Kenneth Graham