Why You Gotta Lie? A compendium of the Worst from the GOP Revels

The media is abuzz about the speeches at the 2012 GOP Convention in Tampa, critiquing them on style, effectiveness, the number of laughs, the number of attacks on Barack Obama--especially the attacks on Obama.  Clint Eastwood even got an invisible Obama to sit in an empty chair and become the foil for some raucously out-there jokes.

On the last night of the convention, the night when Mitt Romney was to accept his party's nomination and give the speech everyone was waiting for, he was outstripped by an aging but really, really famous Academy Award-winning actor/director who called President Obama crazy and twice pretended that Obama was making crude suggestions about where Romney could put his, um, ideas.  This was a moment so bizarre it rendered even the usually verbose Rachel Maddow speechless.  The reaction over the Twitterverse, indeed over the entire Internets, was "What the Hell was THAT?"

The Romney people were scrambling the next morning to tone down the tittering. "C'mon! It was just a light moment on an otherwise wonderful night."  But it could be that the distractions are a blessing in disguise.  The first days of the convention got a lot of attention, mainly because the main speeches were rife with easily refutable lies.

The folks in the Romney camp would just as soon everybody--especially the newsguys--forget about that part.  They're out there making their case for a Romney/Ryan win and the Clint Eastwood mess is a much more agreeable distraction than a bunch of lyin' liars.

So in case anyone actually believes all that stuff coming out of their Party party, let's take a look at some of the prevarication highlights (Wouldn't it be great if the Republicans could make their case without lying about their opposition? The problem for them is if they couldn't lie about the opposition, they wouldn't have a case):

Remember Mike Huckabee's speech, where he hints at an old, outrageous (and debunked) lie that says President Obama not only believes in abortion, but believes in killing babies afterward?  This is what he said:


Let me clear the air about whether guys like me would only support an evangelical. Of the four people on the two tickets, the only self-professed evangelical is Barack Obama, and he supports changing the definition of marriage, believes that human life is disposable and expendable at any time in the womb or even beyond the womb, and tells people of faith that they must bow their knees to the god of government and violate their faith and conscience in order to comply with what he calls health care.

(More on the origins of that lie here.)

The always entertaining LOLGOP looks at the "reporting" by Howie Kurtz. 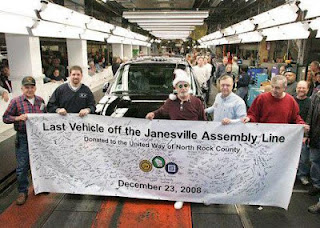 Alex Pareene makes fun of Rand Paul, that guy who said he got all choked up emotionally, it being like a "lump between my chin and my belly button." (To be fair, it sounds like something I might say on one of the many occasions when I begin talking before thinking, but if I saw those words on a teleprompter in front of me I would hope I'd have the good sense to think twice before saying them out loud.)

But worst than that, he's still trying out the debunked sentence-out-of-context, "You didn't build that", to see if anyone on earth will buy the lie that Barack Obama meant it as a slight to small business owners.  (Apparently they will.  Paul's audience LOVED it.)

Business Insider says there's a little problem with Ryan's account of Obama's role in the the AAA Credit Rating downgrade.

Chris at Eclectablog does his own round-up of GOP lies from the Convention.

And on and on it goes.  One has to wonder if putting Clint Eastwood on stage in a dumb conversation with an empty chair mightn't have been somebody's brilliant idea to make this last convention night so memorable everybody would forget about those damnable, sticky lies.

Mightn't it have been better to give Mitt Romney a speech that was unforgettable?  Oh, right.  Romney. Even the man chosen to introduce Romney--Marco Rubio--gave a token few minutes to talk about their party's chosen leader before turning the attention to his own--Marco Rubio's--life story.  Poor Mitt gets no respect. When people are reduced to keeping count of the number of times his name is mentioned throughout the entire convention, it's clear it's not about him, it's about, I don't know. . .2016?