It's Settled then: Women, We're at War

Don't expect me to be going over every single attack on women's rights, just because I'm writing about modern-day, 21st century, 2012, just-in-the-last-month attacks, which, as you might have noticed, are escalating at such a dizzying pace we can no longer ignore the rumblings of war.

It's ugly and it's all out there. Even Rush Limbaugh's scrubbed transcripts of his diatribes against Sandra Fluke, the Georgetown University student who had the temerity to attempt to testify before certain members of congress about the need for free contraception.  Even Patricia Heaton's deleted tweets about that same student (AKA G-Town Gal).  They're out there.  They're not going away.

No, we're here today to look at the big picture:  How did this latest war of the sexes start?  What was the catalyst?  And what can we do to grind it to a halt now that it's started?

The obvious answer to question number one is that it's all Obama's fault.  As a part of his health plan (the catalyst), he told insurance companies they would have to offer contraceptive care at no cost to women.  (That would mean, for most, no  co-pay.)  Birth control aids would be free and available everywhere, and since it was mandatory, not to mention laudatory,  not to mention commonsensical and a long time coming, that was supposed to be it.  End of conversation.

President Obama's first mistake was that he thought he was taking steps toward helping women more effectively and responsibly manage their reproductive years, when what he was actually doing was antagonizing pissants who have been posing as Manly Men for so long they're not about to be ousted from their comfy zones.

A whole host of Catholic Bishops, pseudo-religious politicians, and paid-to-be-mean pundits jumped on the bandwagon called Control the women by denying birth control, and weren't they surprised when the women they were so itching to suppress wouldn't give in?  A real donnybrook ensued, with everybody weighing in, pro and con, and here we are, in the middle of it all, coming out swinging, and if they want a war, okay, they've got one.

Some highlights:
The legal issues, having some semblance of form and substance, are easier to deal with.  There are wise and learned people on our side ready to take them on.  But there's another, uglier issue and it's one we've faced many times before.  It's our old but formidable nemesis: blind, consuming hatred toward people of our gender.

With the rise of the Tea Party and pressure from the Religious Right-to Life-until-It-Actually-Becomes-a-Child, fortified by resident misogynist Rush Limbaugh and hard line Catholic Men in red robes and black robes and pullover sweater vests, the battle to enforce the reproductive rights we've already fought long and hard for is a battle we can't afford to lose.

The spotlight is on Rush Limbaugh at the moment, but it's Rick Santorum we need to keep an eye on.  He showed his hand when he talked about his reaction to President Kennedy's 1960 speech to the Baptists, where JFK said he would fight hard for the separation of church and state.

Santorum wanted to throw up when he read that.  Why?  Because it's disgusting and unforgivable that  Kennedy had the chance to pave the way for an American Pope and he didn't take it.  Rick will remedy that when he's president.  And guess who will suffer the most under his reign?

The obvious goal is to make sure Rick Santorum never becomes president, but once that threat is gone we'll still be fighting those others working to take us down.  We thought that war was over, but all we really won, we know now, was détente.

Men (and, incredibly, other women) are fighting against those of us who go on believing our reproductive rights are sacrosanct.  Suddenly they're coming out of the woodwork, no longer pretending that Roe v. Wade is all that's keeping us apart.  Now it's about contraception -- a real puzzler, since birth control is the obvious remedy for unwanted pregnancies.

Only women can incubate babies.  It's a fact. If they get knocked up and it's not a good time, the sex police want us to believe they have no one to blame but themselves.  Really?  What other species on the planet punishes the female for being impregnated by a male?  Birth control is a two-way street.  It's irresponsible and gutless to pretend that women did this to themselves, and yet we're hearing it louder and clearer every day.

And why is that?  Because to the people who are coming at us with the same hoary arguments, it's not about the control of birth, it's about the control of sex. That nutty comment by Santorum backer Foster Friess about birth control being as simple as holding an aspirin between our knees?  The admonishment from Rick Santorum that all birth control should be banished because it can only lead to badness?  Rush Limbaugh's crazed, three-day masturbatory fantasy about the reasons women want free birth control?  Sex, sex, and yet again, sex.

It's the same tiresome struggle, but this time we're going to win.  Why?  Because we have a secret weapon.

It's men.  There are more than just a few good ones out there and they're on our side.  They're men who work with us, talk with us, and see us as equals.  They're men who live with us and see our roles as complementary and not competitive or without merit.  They're men who can love unconditionally and have grown so far beyond the ancient need to keep women bound and tethered, they're willing to fight beside us until this war is ended.  Some of them are already at the front lines.

So put that in your pipe and smoke it, you dirty old men of yesterday.  A new day dawns and you've been left behind.  It has to be this way.  It's the way human progress works. 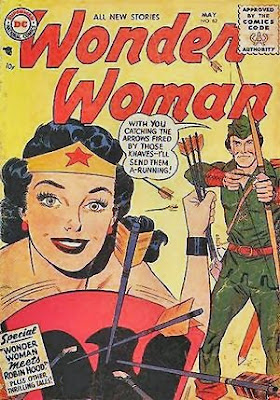 (Cross-posted at Dagblog, where some of the men I most admire hang out.)
Posted by Ramona Grigg at 10:04:00 AM