FRIDAY FOLLIES: Books on the move, Fallon's Bowie moment, and the return of Aslan

Yes, it's FRIDAY FOLLIES!  I know, it's been a while, and I keep getting requests to bring it back so here it is.   (Two requests so far, one of them a relative, but still. . .)   I have no explanation for why I've neglected it for so long.  I could say I just wasn't feeling it but that's so unprofessional.   My only regret is that I let so many good FF candidates slip by over the weeks.  But remember, it doesn't have to be Friday for things to get really oddball.  Check out my blog on the lesser-known candidate's debate in New Hampshire last week.  It's Here. That one's good for at least three or four FFs.

But today is Friday the 13th and I just felt I had to participate.  From Wikipedia: "The fear of Friday the 13th is called friggatriskaidekaphobia (Frigga being the name of the Norse goddess for whom "Friday" is named and triskaidekaphobia meaning fear of the number thirteen)."  It's that kind of day but it's really not as bad as you think.  On MSNBC this morning someone from CNBC actually looked up how many times the stock market closed higher on all of the Friday the 13ths since the stock market opened its doors and it turns out that it closed higher 56.7% of the time! (What a relief, huh?)

Closer to home, it's just eerie that yesterday (the day before Friday the 13th) I discovered that the building I was in had no 13th floor.  It was unnerving, to say the least.  I don't enter tall buildings very often anymore so I was shocked that I was that surprised, if even for a moment.  Of course!  I should have remembered that every self-respecting building in the world pretends the floor above the 12th is the 14th floor, cunningly avoiding the prospect of zombies lurking in the hallway preparing to murder any person foolish enough to agree to take a room on that frigging floor. 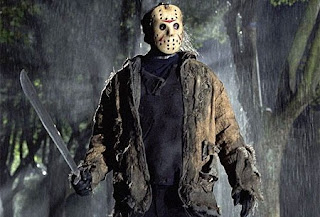 On things politic, this little video from Our Peeps is pretty clever (The acting stinks, but I imagine they'll be working on that.):

Well, it's cute all right, but I'm not sure it's the best way to get the message out.  As hard as this is to hear, we might want to take lessons from the. . .the. . .the Chinese.  Yesterday, when an anxious Beijing crowd heard that their local Apple store wasn't going to be selling the new iPhone 4S as promised, they attacked the store with raw eggs, causing a riot and a dispatch from Reuters, and now you're reading it here.  That's how "viral" works.


Or you could dress up like David Bowie, I suppose, and do a pretty good imitation while skewering a certain football star who must really be feeling like a certain martyr by now:

(I had a video clip here but it has expired. Sorry. Click on link above.)

Those moments sublime:  There is a bookstore in Toronto called "Type".  It's one of those great independent bookstores that make you long for the old days when bookstores were cozy and the owners really liked having you there and if you didn't buy anything, that was okay, but if you did you had a good feeling knowing you were helping those lovely people keep the doors open. 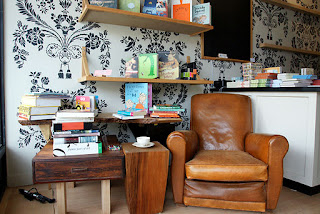 When I first saw the video gone viral called "The Joy of Books", a magical Fantasia-like happening in their store, I worried about the owners.  As great as that store looks, I wondered how it was that they had so much time on their hands they could do what they did here.  (Because time on your hands is what it would take to pull off this amazing video.)  But it turns out it was a project by local art director Sean Ohlenkamp, who had done this same thing on a much smaller scale with his own bookshelves at home.  Here's the backstory, if you want to know how it was done.  And here is Type's brilliant webpage, where you can watch it again in more comfortable surroundings.

(Confession:  I got a Kindle for Christmas and I love it for what it is.  What it isn't is a real live book.  I'm not at home so I can't tell my books how much I love them, but if they should happen to get wind of the new addition (not anything like an edition), I want to assure them they will always come first in my heart.) 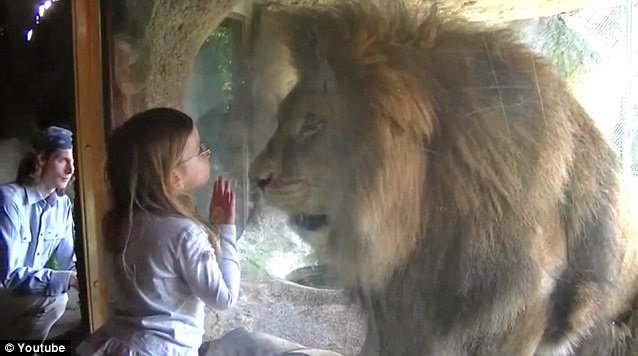 Watch the video as a little girl stares down a lion at New Zealand's Wellington Zoo.  In the comments there were those of course who were outraged that a parent would keep on filming when their child is obviously being threatened by a giant lion, but others saw it differently (I'm with BB):

Dee in New Zealand wrote:  "What an annoying life, kids knocking on your windows and people staring into your lounge."

But BB in Hampshire totally got it:  "Doesn't she know the story? its Aslan needing help in Narnia again."


Cartoon of the Week: