Merry Christmas. Happy Holidays. (And I mean that sincerely)

On Christmas Day, 1914, only four months into the brutality of World War I, a spontaneous miracle happened on the Western Front.  On that day German and British soldiers laid down their arms and gathered together in No Man's Land to share food and cigarettes, sing Christmas carols, and play a few games of football. 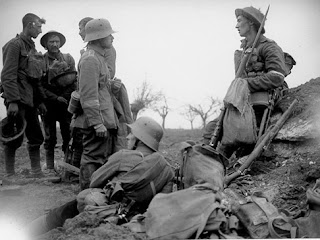 On other battle lines along the front,  "Merry Christmas" signs were hastily constructed and held up to cheers from the other side. Without orders and in spite of warnings from their superiors, the soldiers on both sides declared a truce for, at the very least, one magical day.  For some, the truce lasted for days into weeks, or until new troops replaced those who had been involved. There are reports that it happened the next year and the year after that and each year on Christmas Day until that terrible war ended.

For generations, Christmas has held that kind of Good Will magic, and no matter who we are or where we are or how we got there, that holiday spirit endures.  For a few days out of the year millions of us do our best to take kindness to a whole new level.  We wake up with a song in our heart, feeling.good.  We want to do things.  Not to others but for others.  For a precious few days near the end of the year we like people.  We really, really like them!

Unless we don't.  Unless we're those few  "It's Merry Christmas, Dammit!" people and someone nearby has the nerve to either ask for some life-changing help or to say "Happy Holidays!" out loud. 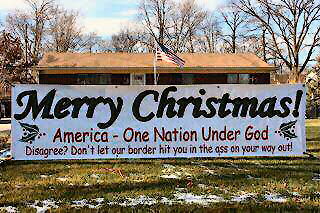 "Happy Holidays!"  That simple phrase, known for what seems like forever throughout the world as a perfectly acceptable seasonal salutation (preferable in almost all circles to the truly lifeless "Season's Greetings"), turns out to be a secret code for declaring war on Christmas.

Did you ever in your life think the day would come when "War" and "Christmas" would share space in the same three-word phrase?  Neither did I. But it is the notorious 21st Century, and so far it's not a century noted for common decency, let alone common sense.

I'm out of the woods and in the big city now, and I'm happy to report that "Merry Christmas" is everywhere.  So far nobody is showing signs of preparing for battle against Christmas. Our December has not suddenly turned gray.  Tanks are not on the move anywhere.  There are no soldiers in freezing, muddy trenches.  The War on Christmas is a lie. So who's making this up?  The Scrooges.  The Grinches.  Those nasty, wasty Grinches who don't have a clue about the true spirit of Christmas. That's who. 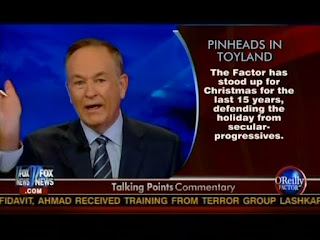 The why of it is more elusive.  There are dozens of reasons, none of them good, but Fa La La and Fiddle-de-dee,  who cares? It's Christmas and 'tis the season!

Still, I feel the need to say this plain:  I, a secular-liberal, love my Christmas.  Christmas is in my blood, pagan as my blood may be, and  I've been celebrating it for what seems like an eternity.  Through new births and great losses, through times thick and thin, this is the one Happy Holiday season that I wouldn't ever want to miss. 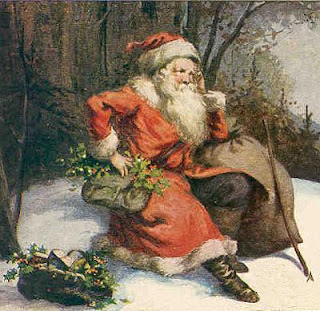 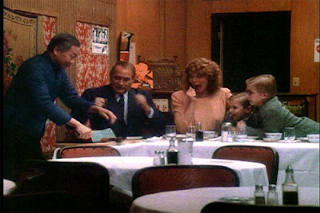 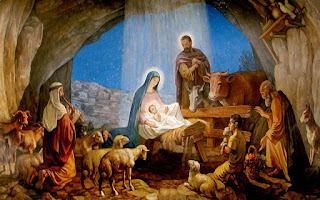 I can accept that the White House Christmas card needn't be, and, all right, shouldn't be religious, but, at the same time, there is a sacred meaning to Christmas.  Churches across the country celebrate the birth of Christ, each in their own way.  I can live with that.


So when I say I want to wish you Happy Holidays and a very Merry Christmas, you'll just have to trust that I mean it from the bottom of my heart. 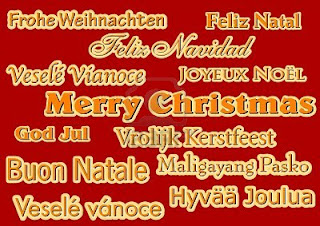 (Cross-posted over at Dagblog)
Posted by Ramona Grigg at 8:20:00 AM