Today is Earth Day.  Ever since 1970 we've been setting aside April 22 to celebrate the birth of the earth. (It also happens to be Lenin's birthday but I promise there is absolutely no connection.  I only mention it because some subversive with a tea cup is sure to bring it up, and I want to be able to say I got there first.)

When I wrote about Earth Day last year I wondered how Ken Salazar would do as Secretary of the Interior.  So far so good, I'm happy to say.  (If you know something different I invite you to burst my bubble.  Go ahead.  It wouldn't be the first time.)  This week is National Park Week and all entrance fees have been waived through April 24, which means you can go celebrate Earth Day in some of the most beautiful places on earth for free this weekend.


I took the picture above a few years ago but, lucky me, I never wrote about it.  (See below)  The Grand Canyon is spectacular, for sure, but it can also be dangerous.   As you can see, there are places where there are no barricades.  Most people have enough sense not to get too close to the edge, but every now and then someone leans over to take the picture of a lifetime and. . . 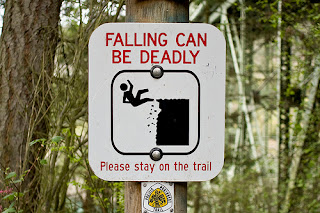 In Hawaii  they want to put a stop to people getting hurt or killed while going ga-ga over splendiferous sights.  They can't blame the dangerous places themselves because they're tourist attractions and they bring in money so the next best thing is to blame the. . .(wait for it). . .travel writers.

PRINCEVILLE, Hawaii—In his work, travel writer Andrew Doughty often deals with mosquito-infested rain forest and treacherous riptides. Recently, he had to grapple with a new career challenge: a proposed state law that would hold Hawaii guidebook writers personally liable for deaths or accidents at spots they recommend.

Kauai
Mr. Doughty, a longtime Hawaii travel writer, didn't take the plan seriously at first. But he had reason to worry about its implications. As the author of "The Ultimate Kauai Guidebook: Kauai Revealed," Mr. Doughty, 47 years old, was one of the first writers to widely publicize remote attractions such as a natural tide pool called Queen's Bath and a swimming hole called Kipu Falls on the Hawaiian island of Kauai.
Kauai officials say accidents used to be rare at the two attractions, remote places with rocky terrains. But since Mr. Doughty wrote about them in 1994, at least 10 people have drowned at Queen's Bath and Kipu Falls.
That has put Mr. Doughty and other authors in the cross hairs of politicians such as Hawaii state representative James Tokioka, who sponsored the liability bill in January. "I do believe we are endangering our visitors, and it is our responsibility to keep them safe," he says. "Authors or publishers of visitor-guide publications describing attractions have a duty to warn the public of dangerous conditions."

So okay, if you're going to write about dangerous places in Hawaii you'll need to add something like this:  "Caution:  Sheer stupidity can lead to death, maiming or heavy embarrassment.  Author is not responsible for your inability to engage brain while hanging from cliffs, swimming in deep water, or driving anything with more than one wheel."

All of which leads me to another fine example of failing to engage brain.  Did you happen to catch Gary Busey on "Celebrity Apprentice"?  Too bad.  The Donald has already fired him.  But Gary forgives and mostly forgets.  He's endorsing Mr. Trump for president.  (Yes, of the United States.)

Does it seem to you that every day is April Fool's Day?  I know.  Me too.

But April is almost over and come next month it looks like we'll all be almost over.  Jesus is returning on May 21st and who knows?  It could be the end for most of us. 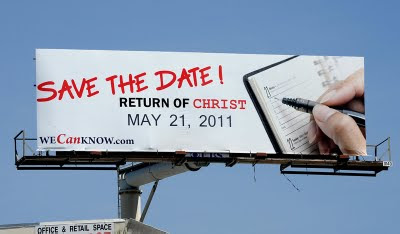 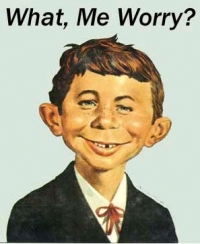 Oh, of course I'm kidding.  I love this earth and I do worry.   How can we look around at what we've got and not worry?  May 21st will come and go and we'll still be the stewards of our planet.

Remember this?  It was an ad campaign from more than 40 years ago.  We've come a long way. (And still a long way to go.)


Cartoon of the Week
(click on cartoon to enlarge it.)

Not just one but 46.  Cartoonists celebrate Earth Day and we get to participate: