So what do you say, Toopers. Can we get a little help here?

The tax cut deal rewards Republican obstructionism by giving the wealthy the tax breaks they demanded.  It throws away precious resources needed for investments in jobs and our economy on upper income tax cuts that will do very little to propel economic growth—setting up excuses for the deficit hypocrites to argue for even more cuts to programs serving working families.  It lards the tax cuts for the top 2 percent with an indefensible cut in the estate tax – giving yet another bonus to the super-rich.  Taken together, this package locks in the growing income inequality that has plagued our country for at least another two years – and quite possibly much longer.

It is unconscionable that the price of support for struggling middle class families and workers who have been unable to find jobs for months and months and months is yet more giveaways for our country’s wealthiest families.  Millions of jobless workers have lived in fear for months while Senate Republicans had the gall to use their hardships as political leverage for the benefit of the rich.
AFL-CIO president Richard Trumka

The Toopers, or the Two-Percenters,  the over-the-top Lords and Ladies of the Land (along with every single one of their Republican toadies and even a few Democrats--all of them high up there on Santa's Naughty List), just got the gift of their dreams from America's so-called leaders.  They got exactly what they wished for--again.

Rocks in their stockings is what most of them deserved, but instead, we the peons, the peasants, the huddled masses, the mythical "of the people, by the people, for the people", get to foot the bill for this wildly extravagant cave-in to the usual suspects.

President Obama said he had to give in to tax cuts for everyone because it was "abundantly clear" that the GOP wouldn't agree to anything else.  So that's it, then.  The marauders have taken over the village and the mayor, shaking in his boots, has handed them the keys.

Come out of the shadows, peasants, it's up to us now.  We can't physically fight them; they're too strong and the only ones with weapons are afraid of them. Multitudes who should be with us are victims of a crazy Stockholm Syndrome and are siding with the enemy regardless of some big time royal screwing.  Nobody is going to help us.  We're on our own.  We could use a Hobbit or two.   A Shrek would be good.  Inigo Montoya, where are you?  Paging Robin Hood.  Waiting. . .


In the War Room we've spread the constitution out on the table, pored over it 'till our eyes have gone fuzzy, looking for the one loophole that will stop this thing, this invasion, this onslaught.  Turns out the only loopholes are the ones the Toopers found.

But there is one thing we haven't tried.  We haven't appealed to the Toopers themselves.  (Face it:  We've never appealed to them, but we're out of options here.)  We've been ignoring them lately, but there are signs that at least a few of them feel at least a little guilt about taking it all and giving only crumbs back.

A group of them, Patriotic Millionaires for Fiscal Strength, even sent a letter to the president:


Dear Mr. President, we are writing to urge you to stand firm against those who would put politics ahead of their country.
For the fiscal health of our nation and the well-being of our fellow citizens, we ask that you allow tax cuts on incomes over $1,000,000 to expire at the end of this year as scheduled.
We make this request as loyal citizens who now or in the past earned an income of $1,000,000 per year or more.
We have done very well over the last several years. Now, during our nation’s moment of need, we are eager to do our fair share. We don’t need more tax cuts, and we understand that cutting our taxes will increase the deficit and the debt burden carried by other taxpayers. The country needs to meet its financial obligations in a just and responsible way.
Letting tax cuts for incomes over $1,000,000 expire, is an important step in that direction.

I admit I don't recognize many of the names on that petition,  but there are some high-profile gazillionaires who have made the same obvious argument:  Gazillionaires should pay taxes, and lots of them, because--boy howdy, they've sure made the profits.   (Some of them even audaciously say their Big Bucks should stay right here in the U.S.A instead of going abroad, but that's another story for another day.  First things first.)

A week before Obama's capitulation to the rich,  Warren Buffett told Christiane Amanpour,  “If anything, taxes for the lower and middle class and maybe even the upper middle class should even probably be cut further.  But I think that people at the high end -- people like myself -- should be paying a lot more in taxes. We have it better than we’ve ever had it. The rich are always going to say that, you know, just give us more money and we’ll go out and spend more and then it will all trickle down to the rest of you,  but that has not worked the last 10 years, and I hope the American public is catching on.”

Well, yeah, Warren, plenty of us did catch on.  We're here, waiting for a real leader, and getting pretty antsy about it.  You may not be it (in fact, I'm pretty sure you're not), but if we don't find someone pretty soon who can twist arms and make those Toopers holler "Tax me! Tax me!  Make me be good!" there will be no happy ending for any of us. 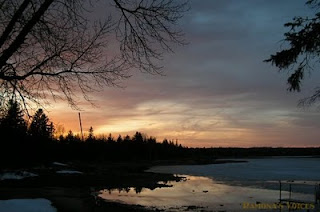