Maher Socks it to the Profiteers - Why hasn't everyone else?

How about this for a New Rule: Not everything in America has to make a profit. It used to be that there were some services and institutions so vital to our nation that they were exempt from market pressures. Some things we just didn't do for money. The United States always defined capitalism, but it didn't used to define us. But now it's becoming all that we are. - Bill Maher, Huffington Post, July 23, 2009

In my last blog, about Walter Cronkite, Frank McCourt and Molly Ivins, three totally different communicators who made an impact on me and on my own writing (truth be told), I said, "A writer who can also speak off the cuff is rare. (Of course it helps if you're either Irish or Southern or Bill Maher.)"

I don't know why Maher came to mind when I wrote that sentence. There are plenty of writers who can talk in public. They used to call them "raconteurs", and they used to appear on Jack Paar's "Tonight Show" and on "The Dick Cavett Show". Now they appear on "Charlie Rose" but I can't stay up that late at night anymore to watch them. 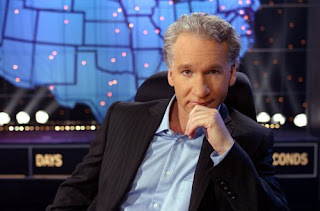 But when I wrote the above, Bill Maher's was the only name that came to mind. It was as if I knew he was going to post this absolutely brilliant and incredibly important
New Rule on Huffington Post last night.

There are so many quotable quotes in that one piece that if I began posting my favorites I would be posting every single paragraph. So here are a few terrific truths, and then you can go on and read the rest for yourself:

"A company called the Corrections Corporation of America is on the New York Stock Exchange, which is convenient since that's where all the real crime is happening anyway. The CCA and similar corporations actually lobby Congress for stiffer sentencing laws so they can lock more people up and make more money. That's why America has the world's largest prison population ­-- because actually rehabilitating people would have a negative impact on the bottom line."

"In the U.S. today, three giant for-profit conglomerates own close to 600 hospitals and other health care facilities. They're not hospitals anymore; they're Jiffy Lubes with bedpans. America's largest hospital chain, HCA, was founded by the family of Bill Frist, who perfectly represents the Republican attitude toward health care: it's not a right, it's a racket."

So many of us have said for so long that this isn't the America we've known and loved. We've shouted until we're blue in the face that letting the obscenely rich get obscenely richer by sacrificing the entire middle class MAKES NO SENSE.

We've screamed at the top of our lungs that sending American businesses offshore to hire workers at slave class wages in order to reap huge profits is wholly un-American.

We've let the lies go on about health care, but the truth is people are sickening and dying because nobody cares enough.

We elected a president we thought would pull us out of this by smacking down the profiteers. On election day, November, 2008 we went mad with sheer joy when Barack Obama said the dark days were over and a new light would shine on truth, justice and the American Way. 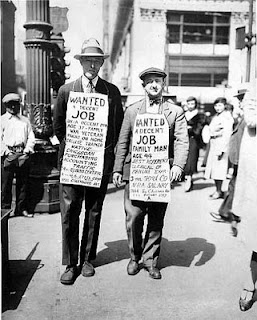 As much as I want to go on cheer-leading for our new president, I still see us wallowing in quicksand. We can't wait forever. We've got to get out of this NOW.

Shut those Republicans UP. They're the reason we're in this mess.

And keep the comedians commenting. Bill Maher and Jon Stewart--the voices of the people?? Okay, it's a start. Anyone else?

(Cross-posted at Talking Points Memo here)
Posted by Ramona Grigg at 7:13:00 AM