It's a Pandemic. You'll Have To Change The Way You Do Things. 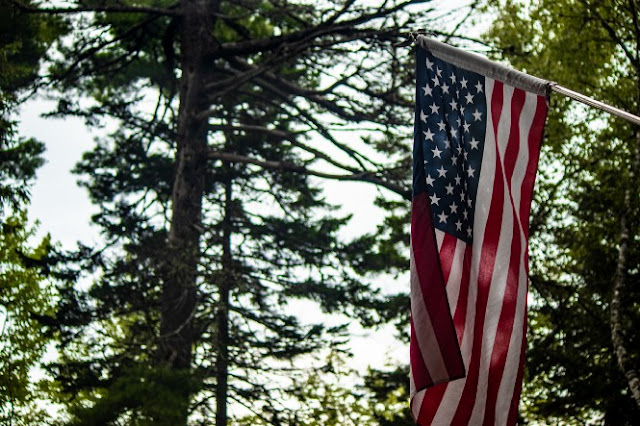 I don’t have to tell you we’re in the midst of a near-total shut-down, trying to save as many citizens as possible during an already deadly pandemic. People who aren’t sick yet are hurting, too, trying to maintain their lives, trying to stay safe. Workers are out of jobs and struggling to stay afloat. Businesses are suffering, many of them already in their death throes. They may not survive this. Our unemployment rates are pointing toward astronomical. This recession may turn into a full-blown depression. And the worst part: People are suffering and dying in numbers that grow exponentially, without signs of slowing. We’re all terrified, and I’m not making it better by reminding you of just how much.
But here’s the thing: We have a chance now to show the country who we are in a crisis. It’s our make-or-break moment and it’s up to each of us to rise to the challenge. We’ve done it before. This is all sounding familiar.


I lived through rationing during World War II. I know — I was only a kid — but I remember things. I was in charge of collecting and cleaning bottles and tin cans. I peeled off labels, washed them, cut off the can bottoms, stuffed them inside the cans and stomped them flat. (That was the best part.) I bundled newspapers and cardboard and listened to my parents complain when there wasn’t enough coffee. (They were allowed one pound once a month for each of them. I didn’t count as a person yet.)
We kids brought our dimes to school and bought War Stamps and pasted them into books. My parents bought Victory bonds when they could.

The idea of rationing was to make sure everyone had just enough, but not too much. The problem with rationing — just as now — was that they never figured how to stop greed. We were warned against black marketeers almost as often as we were against ‘loose lips sinking ships’.


We saved grease and took it to the butcher because it could be used for explosives. In some parts they collected garbage to feed hogs. People grew Victory Gardens and shared what they grew.

We stopped traveling when gas was rationed, and rubber tires were as valuable as gold. Our giddy idea of wealth was a spare tire and a patching kit.

When Nylon became a commodity used for parachutes, women took to wearing leg makeup and drawing fake seam lines down the backs of their legs. (Because working women were required to wear skirts and ‘hose’ at all times.)

There were posters on walls and in magazines reminding us that our days of being wasteful were behind us. We had to be good citizens or Hitler and Tojo would win. And we didn’t want that, did we?

Yes, much of it was propaganda meant to scare us, but it did the job: We were scared. It was our government at work, doing everything they could to keep the armies of the world safe and efficient against our common enemies, and, as good citizens, we were required to help.
Notice a pattern in these posters? It was all about shaming. It was all about being proud to be an American. You want to be a good citizen? Then do what you can to keep our boys alive. Let’s win this thing!
And we did. There is no question that too many Americans died in that war, but we did what we had to do to keep even more Americans from dying. And we felt good about it. That was key. We weren’t sitting on our hands waiting for something to happen, we were a force. We had it in us to make simple sacrifices that ultimately made the difference.

So here we are again. We’re being asked to take stock and see what we can do to help. If it takes shaming, I’m all for it. If it takes constant reminders about what you can do for your country, remind me. Constantly.
But what if we could do this by just thinking about it and doing the right thing?
What if we didn’t hoard?
What if we didn’t gather in crowds?
What if we learned new ways of doing things?
What if we conserved food so others could eat, too?
What if we came together in hundreds of thousands of communities and looked out for each other?
And what if, when this is over, we kept it up?
Every life lost is a tragedy. Everyone is in danger. If we can do even a little to help the cause, we must do it. If we can do more, we must do more. We’re citizens of the world and the world is hurting. It really is up to us now.
(Cross-posted at Medium)