In the Battle for America, the Internet is our War Room 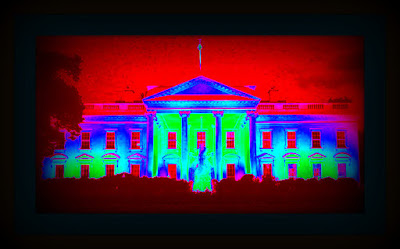 It's been a while, I know, but I'm back in the saddle, ready to do my thing, hoping I can do it without an overabundance of whining or spitting at people. (Not that that's what I've been doing.) But first I need to say this up front and out loud:

I despise everything Donald Trump says and does and what he stands for (whatever that might be at any given moment), and I'll never accept that he is anything close to what a half-way decent president of the United States ought to be.

This is my personal status-quo: Donald Trump is my enemy and I am his. But after weeks of hand-wringing and consternation I've finally figured out that I can't funnel my entire existence into taking him down. I'm just me and I'm too little. I'll leave the heavy artillery to bigger voices having the know-how and the wherewithal to wage the battle ahead.

While I was away from my desk, dozens of writers--journalists, essayists, bloggers, novelists, comedians--said everything I might have said if I had been here, all of them doing it way, way better.  So here's the plan: I'll be their biggest cheerleader. I'll be right there retweeting, and sharing on Facebook, and spreading their brilliance to the farthest reaches. (I'll be blogging, too, in my tiny corner, but they'll have the podiums, the platforms, the soapboxes, and they'll take the most risks. I want them to know I've got their backs.)

All I ask is, no more postmortems. I don't want to rehash how or why Trump won. I don't want to hear that it was all Hillary's and the DNC's fault, or that anti-government voters wanted massive change, or that the racists won the day, or that Vladimir Putin and the Koch Brothers caused enough of a sneaky upheaval to cause half of America to go crazy and vote for an unqualified, ruthless carnival barker who lies with every breath he takes. I've read and heard it all.

I do want promises that we will never consider Trump normal, no matter how much good it appears he might be doing. (Because he will do good now and then, either inadvertently or as part of a larger, more malicious plan.)

I want those of us who would rather have had all four limbs severed than vote for that man to show the world that not everyone in America saw the election as an edge-of-your-seat reality show with fake winners and fake losers.

I want apologies and mea culpas from the press and the power brokers who encouraged and promoted that slimy circus, and then I want to see them all scurry to get on top of, then get to the bottom of, right down to the bones, every hint of the inevitable scandals that will be emanating from Trump headquarters.

I want to see resistance and, if necessary, revolt. I want it to be high-minded but ruthless, smart but calculating--consistent, insistent, persistent. I want to see us fight fire with pyrotechnics of volcanic proportions.

We need leaders. This movement won't survive without savvy, charismatic leaders who are brave beyond belief. Who are they? Haven't a clue. But they're out there. Somewhere.

Until they appear, it'll have to be up to us to keep this thing going. Yes, us. Who are we? It doesn't matter. We have voices, we have digital devices, we have the ability to blog and tweet and share on multiple networks. The internet is our headquarters, our virtual War Room.

We unify, we build up our numbers, we have one goal: To stop Trump and the GOP from doing our country harm. So, no fighting allowed among the ranks; no dissing or dismissing or one-upping. Trolls will be summarily banished. Preaching to the choir is the only way to fly.

We did a good job of blabbering all over the place during those months when we thought we were going to win, so it shouldn't be hard to keep it up now. (Yes, I know we lost. Your point?)

If someone you know is about to give up, shame them!  Shame them good!

And if anybody has a plan, good lord, share it! We're brainstorming here!

Until the reinforcements arrive, it's up to us. I'm repeating myself, I know, but seriously--it's up to you and me and all the other bigmouths on our side. We're not afraid. We won't back down. We've got nothing to lose and maybe some little thing to gain.


(Cross-posted at Dagblog and Crooks & Liars)

Email ThisBlogThis!Share to TwitterShare to FacebookShare to Pinterest
Labels: blogging, Donald Trump, election, freedom of the press, networking, revolution, the internet, The Resistance