It's the Ego, Stupid

Yesterday New Jersey governor Chris Christie took 108 minutes out of his busy schedule to do something so unprecedented there wasn't a pundit anywhere in the country who wasn't on top of it, who didn't have an opinion about it, and who, almost to a person, saw it as the beginning of the end of that lovable bully.  No White House for you, big guy!

So what happened yesterday was that Chris Christie set up a press conference and stood before reporters for more than an hour and a half to apologize, sort of, for the colossal, politically incorrect, on-purpose screw-up that caused the week-long closing off portions of the George Washington Bridge at Fort Lee, N.J.

The apology for the undisputed fact that his own aides had orchestrated the closing was short and sweet compared to the hand-wringing that followed while Chris Christie, the ultimate victim here, explained to reporters how he felt when he discovered that he had been betrayed by members of his trusted staff.


"I'm sad. I'm sad. That's the predominant emotion I feel right now is sadness, sadness that I was betrayed by a member of my staff, sadness that I had people who I entrusted with important jobs who acted completely inappropriately, sad that that's led the people of New Jersey to have less confidence in the people that I've selected. The emotion that I've been displaying in private is sad." 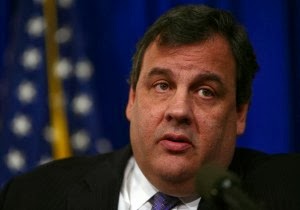 The initial blow-up was over the vindictive phony shutting down of toll booths and portions of the insanely busy George Washington bridge.  It ended up causing days of needless chaos for what turned out to be an odd game of supposed retaliation by Christie's staff against Fort Lee's Democratic mayor, Mark Sokolich, for not endorsing their guy in the last election.  Their guy, Chris Christie!  That guy!

But after all that, their guy Christie, true to form, felt nobody else's emotion but his own.  It's true he mentioned the bridge fiasco a few times, but the main thrust of the news conference was about Christie's own strong feeling of betrayal.  Yes, the buck stops there, and yes, that mess on the bridge was awful, but how can he get across to the reporters in the room just how affected he was by his staff's actions against him? It was as if the chaos caused by the phony toll booth and lane closings was nothing more than collateral damage: The real story was Et tu, Brute?

(By the way, Rachel Maddow made a pretty convincing argument last night that the traffic jam vendetta wasn't really over the mayor but was, rather, against New Jersey Democrats who wouldn't give the Gov what he wanted when it came to Supreme Court justices.  It's all about the timing.)

Egos are a dime a dozen in politics.  Every politician has one, and usually it's a doozy.  It has to be, in order to go through that whole election process.  When you go into it knowing hundreds if not thousands if not millions of people are going to hate you and make fun of you and try to bring you down in the process, something besides the thought of doing good deeds is driving you.

If, once elected, politicians could check their egos at the door, let's face it--they wouldn't be nearly as entertaining.  The quiet drudges get no press, and that's a fact. Gov. Christie has built a pretty good career on being a callous blowhard while showing signs every now and then of an underlying humanity, often enough to be forgiven for his theretofore signature rudeness.  (See Hurricane Sandy)  But it's Christie's ego that gets him every time.  In the end, it's always all about him.

A healthy ego can be a marvelous thing (See Nelson Mandela, Gandhi, FDR, Martin Luther King, Jesus), but in the wrong heads it's the malignancy that will be the death of those folks yet.  Witness John Edwards, Anthony Weiner, Thaddeus McCotter, Herman Cain. . .

Chris Christie went to Fort Lee yesterday to meet with the mayor there and apologize personally, even though the mayor all but begged him not to come.  He went anyway, because that's who he is.  He gives orders, he doesn't take them.

But he didn't give the order to mess with the toll booths and set up the cones of artifice on the George Washington Bridge.  Because what do you think he is--stupid?