It was a long weekend and I was devilishly busy and exhausted to the point of just plain weary, so you'll have to forgive me if I don't have this right:

I read today that on September 27, 2010--almost three years ago--Julian Assange of Wikileaks fame checked a bag at an airport in Sweden containing three laptops filled with Wikileaks stuff, including some top secret "war crimes" information that, if it hadn't been stolen by some shady government dudes, would have knocked our socks off with revelations of dirty deeds so devastating, if they had ever, ever been revealed, the world as we know it might just stop spinning.  Or heads would roll.  Or Assange would be hailed as the hero he fancied he already was.  Whatever.  Something BIG would happen if ever those revelations saw the light of day.  So, of course, they were stolen by one or more shadowy government dudes who were not about to let that happen. 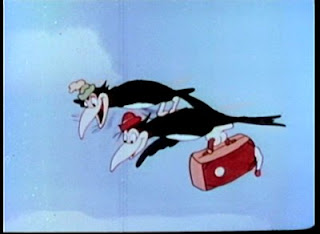 Well, okay, that's it, then.  But is it just me or does it seem odd that, first of all, Julian Assange would just hand that suitcase over to a Swedish ticket agent who would then send it into the airport bowels to have to fend for itself until it arrived safely at the baggage claim in Germany, where Assange would surely be jostling with his fellow passengers to see who could grab their luggage first and get the hell out of there?

And secondly, isn't it odd that Assange wouldn't notice, right there in the baggage claim line, that this most essential bit of baggage wasn't there?  If he had noticed, wouldn't he put up such a stink right then and there, maybe calling the Russians or The Guardian or Glenn Greenwald, or somebody, to help him find the damned thing?

And third--does it seem as odd to you as it does to me that Assange is only just now, three years later, filing a claim?   Did he wake up the other day and  remember that he once had a suitcase that held three laptops containing whopping war crime secrets and other really important things?  Was he so ashamed of the fact that he actually forgot one of his suitcases and only now remembered, he had to think fast and--yes!--blame it on those shadowy government dudes who were almost surely stalking him at the airport anyway?

I don't know.  I'm confused.  Did you know about this before?  Because I didn't.  Not until today, when I read all over the place that the Swedish police have opened an investigation into Assange's claims.  Three years later they've finally been asked to investigate.

This is how the Washington Post's Europe page reported it today:


In the affidavit, Assange suggested his bag may have been illegally seized “as part of an intelligence operation with the purpose of gathering information about me.” He offered no proof but said all attempts to locate the bag had failed.

“The suspected seizure or theft occurred at a time of intense attempts by the U.S. to stop WikiLeaks’ publications of 2010,” Assange said and suggested that Swedish authorities “seek explanations” from members of Obama’s delegation during their visit.

The police border control division at Arlanda Airport opened an investigation as a matter of course after receiving the complaint Tuesday, spokeswoman Jessica Fremnell said.  She declined to comment on Assange’s suggestion to interrogate people in Obama’s entourage, saying “we make our own decisions about what we think we need to do.”


No indication if the Post's reporting was done with a straight face, but one can only hope there were a few snorts and guffaws in that newsroom.

If not, there were enough in my room to make up for their lack.


[Note:  Featured on Mike's Blog Round Up at Crooks and Liars.  WooHoo!]