Get out there and BUY your job. What is WRONG with you people?

Yes, the mid-term elections are over and the crying jags have pretty much stopped, so, while I'm  shocked at the damage comfort chocolate has done to some people's butts. . .

In a country where the U.S. total debt is nearing 55 gazillion dollars, where the interest alone is over 3 bajillion, where the official number of unemployed citizens is almost 15 million but the actual number is 26 million, where we owe so much money to China they could conquer us simply by calling in their debt. . .in that country, our country ('tis of thee), the politicians--those bloody buggering bastards--spent 4.2 billion dollars on campaign advertising in order to secure for themselves not just any jobs but--get this--government jobs.

So when we kept calling for jobs, jobs, jobs we apparently didn't make it clear that we were talking about ours, not theirs.  For months now, we've been concentrating on getting the votes out for people who needed a job so badly they spent more than most of us will earn in five lifetimes in order to get it.

Is it asking too much, then, to expect that they'll come up with some meaningful ways of building a job market in the Greatest Country in the World so that the people who voted for them can get in on the American Dream?

Money doesn't buy votes, it provides a glittery gift box for perceptions.  Real people still have to get out there and cast their ballots and it's those same real people who suffer and bleed when their own government turns against them at a time when they need them most.  What those 30 megakillion pieces of silver bought this time is the perception that real people aren't suffering and bleeding.  Not worthy people, anyway.

This election was baffling in that one faction, the anti-government Republican Tea Party, ran on a platform of aggressively disinterested blind-eye and won.  They convinced millions of the most vulnerable among us that even though they'll be taking paychecks from the government and accepting all the perks that government will allow, and sitting in the halls of government deciding and voting on how best to stop the government from doing anything--it's what the American people want, by God, because they said so.  (And how did they say so?  By voting the anti-governments in, of course.)

So it's all about the job but not all about the jobs and once again we're on our own, getting ready to shout from a mountaintop into the wind, hoping a few tiny word-wisps will escape the updrafts and waft down to earth, finding purchase on a mighty magic rock capable of transforming those syllables into actions that might actually mean something. 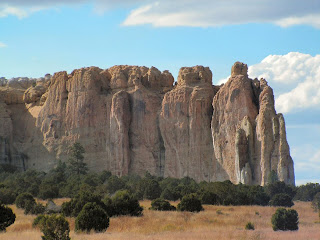 But in case that doesn't happen, there's always this:


(I was hoping you weren't going to read this far.  I got nothing.)