Still looking for the WikiLeaks Heroes 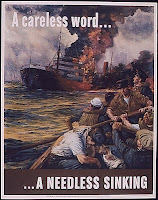 While nearly everyone in my world is cheering the release of a staggering 400,000 classified U.S documents by the website, WikiLeaks, in order to expose war crimes and atrocities by the U.S and its allies during both the Iraq and Afghanistan wars, I can't help but dread the direction in which we're heading.

There are so many whistle-blowers I admire.  It takes great courage to go against the wind and do what's right.  Many of them have suffered mightily for their bravery.  (I would hope I could be as brave if the time came.)

Leaks have come in handy at times when the truth refused to surface without them.  (But even the seemingly benign can be destructive.  Ask Valerie Plame.) This is not an indictment of either method of letting the sunshine in.  Sunshine is good.  It warms us all.  But the flip side of sunshine is that if we're not careful it'll burn us.

My problem with this story is the cavalier approach to the theft of thousands of pages of classified government documents by a person who took an oath to guard them with his life, if necessary.  I've lived with, and known, people who held high security clearances, so it could be that I'm more sensitive than some to the obligations and fidelity a security clearance requires.  There is a long process of life-scrubbing scrutiny before a security clearance is awarded.  It can often take months of investigation, delving into every aspect of an applicant's life, past and present.   No one I know who ever went through it took the designation lightly.  I haven't asked them, but I think I can safely say that none of them would consider the acts of either WikiLeaks or Bradley Manning, the soldier who leaked an un-named number of documents, as anything other than acts of treason.

I hate war.  I hate everything about the bloody, messy reality of war-- the lies, the propaganda, the cover-ups, the lives lost in the name of honor or vengeance or blood-lust or money.  So, having said that, it seems reasonable that I should be rejoicing in the release--even the unauthorized release--of the unavoidable truths of the messes we've gotten ourselves mixed up in.  I'm not. I can't.

There is no doubt that there have been cover-ups in the numbers of casualties on both sides in both current wars.  There is no doubt that there have been atrocities and killings, with thousands of innocents caught in the cross-fire--and with each revelation we react with a kind of impotent fury that has become all too familiar.  So when whistle-blowers like Bradley Manning or Julian Assange come along with undeniable proof that we have good reason to distrust our own government, a nation as battered and war-weary as ours is going to let loose and hail them as heroes. 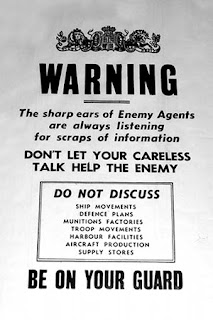 It's easy to forget in the heat of it that what we have here is a security breach of massive, unprecedented proportions, with unimaginable repercussions.

We know that Bradley Manning, a 22-year-old intelligence analyst stationed in Iraq found himself with way too much time on his hands and started "rummaging" through computer files he knew full well were off limits to unauthorized PFCs--even ones with secret security clearances.


"If you had unprecedented access to classified networks 14 hours a day 7 days a week for 8+ months, what would you do?" he asked.

We know that before he was caught he managed to download thousands of text and video files and pass them on to WikiLeaks for unauthorized publication.


"Hillary Clinton, and several thousand diplomats around the world are going to have a heart attack when they wake up one morning, and find an entire repository of classified foreign policy is available, in searchable format, to the public," he wrote to a hacker friend.

What we don't know yet is why this young soldier was allowed access to such sensitive documents and given so much time alone.  It must have seemed unreal, even to him, as he bragged about how easy it was to accomplish such an unbelievable breach.  (That's the rest of the story.  How could this happen when they're so security-conscious we still have to take our shoes off at the airport?)

Whatever the answers, I won't be celebrating the release of those documents.  It sets up a whole new dangerous phase for us--where the ideals of free speech and transparency trump the security of our country.  When the wholesale theft of mountains of classified documents becomes a heroic deed, it sends a signal that anarchy is now the favored act of rebellion.