What's the Matter with the Media? Or, What if they gave a Quran-Burning and Nobody Came? 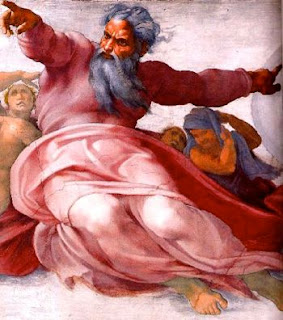 A wacky preacher in a tiny "church" in a rinky-dink town comes up with the idea to burn a dozen or so Qurans, the Islamic holy book, and chooses the rife-with-symbolic-symbolism of September 11 as the date for his glorious bonfire. Somebody gets wind of the story and thinks it would make good copy. Christians burning the Muslim holy book!  It can only mean that Armageddon is next.

That was a few weeks ago. Today, three days before the ritual burning of the books, the media circus is outdoing itself in a rending-of-the-garments, frothing-at-the-mouth, what-does-it-all-mean yakkity-yak.

The little story surfaced at the same time as fuss was being made over the building of a supposed "mosque" right exactly ON the Twin Towers site (or so it was reported early on), and the tie-in was just too delicious to pass up. So now it's gone international and every politician who can get near a megaphone is weighing in and everybody is apalled, just appalled, but freedom of speech and all that--and now comes the wringing-of-the-hands.

What to do, what to do?  The president needs to do something! (And while we're at it, what's he doing about anything?  More talk, few answers, so let's get back to the real story:  The wacky preacher in the tiny "church". )

Meanwhile, every mortal media personality is running after the wacky preacher to see if he can't be dissuaded from burning those holy books.  But God has answered his prayers!  He's on TV!   So, no, he hasn't changed his mind.  Because if he changes his mind he's just another wacky preacher in a tiny "church" and his 15 minutes are up.

Now, because the story has grown to humongous proportions,  the religious leaders of all faiths are asked to weigh in, and if there's anything good about this story, it's that:  There is a place for conversation about religious tolerance and it can't be discussed enough these days. But--I don't know--it feels like gathering the best of the best and setting them up in a trash-strewn alley.  Their reasons for being there might make sense, and of course we want to hear what they have to say,  but, really--you couldn't find a better room?

Much has been written about the excesses of the 24-7 controversy-driven media and their lust for juicy media-driven stories, and none of it really bears repeating, but am I alone in wanting enough to finally be enough?

How many stories have pounded us day after day that started out as nothingburgers and should have stayed that way?  This man Terry Jones and his idiotic hate message would have wafted into the wallpaper and disappeared if not for the gossip-lust of an entire industry that originally took pride in reporting and analyzing the news.

Unbelievable that today what should have been a non-story has grown into an ugly international incident and could have ramifications for years to come.  So please, illustrious members of the Fourth Estate, guardians of a free and honest press, graduates of the best J-schools in the land--do a little soul-searching here and drop this story like a hot potato.  I'm begging you.

Do your best to wake up on Saturday morning and pretend there's no such thing as a wacky preacher at a tiny "church" preparing to burn the holy books of another religion.  Do not get dressed in your best, do not write impassioned copy designed to further enrage, do not deliver it in your usual breathless fashion.  Do not go there.