Liberals for Obama: What a Concept!

Yesterday Maureen Dowd devoted an entire column to why her Republican sister is angry that she voted for Obama:

One of the independent voters Obama will be trying to charm over the next two years is my sister, Peggy, a formerly ardent Obamican (a Republican who changed spots to vote for Obama).
Disillusioned with her beloved W. over Iraq and Dick Cheney and Donald Rumsfeld and the disdain for bipartisanship, she gave her affections — and small cash infusions — to Barack Obama in 2008.
Despite being a Washington native, Peggy believed that the dazzling young newcomer could change Washington.
But she has lost a lot of faith now, saying she might vote for Mitt Romney over Obama if Romney is the Republican nominee in 2012. (Sarah Palin shouldn’t count on her vote though. In Peggy’s words, “Are you nuts?”)

Give credit to Peggy for dismissing Palin as President, but really--what would a Republican who loved George W want from someone like Barack Obama anyway?

No credit, however, to her sister, who either panicked at deadline or thought another jab at Obama was just the ticket on 9/11.  (I would say to Mo "Are you nuts?", but I don't want to be a copycat.)

I'm watching what's happening these days, with friend and foe alike turning against the president, and I'm starting to think like a fiercely protective mother here.  Just as with my own children, when they did wrong I'd let them know, and I expected a ready fix,  but I wasn't about to go out into the neighborhood telling everybody what rotten little brats they sometimes were.  I didn't want the whole neighborhood to think they were rotten little brats.

Same with my president.  I'm not happy with the way things are going, either.  At risk of sounding like a broken record, I wanted a New Deal/WPA/CCC approach to fixing our nation. I wanted every leader in the Democratic Party to thumb their noses at the outgoing regime on Day One by coming up with creative ways of creating economy-sustaining American jobs, hang the cost or the damage to the Fat Cats.

I thought bank bailouts without gajillions of strings attached would fail almost as badly as they did.  I hate the idea of still having a military presence in both Iraq and Afghanistan.  I've never been happy about the Wall Street and Chicago guys Obama chose to help with his "Hope and Change" program.

That he reads from a teleprompter or acts "lawyerly", thus boring us to tears when he's explaining his plans to us, bothers me not, and I wish everybody would just shut up about it.  It's the actions, not the delivery, that counts.  Concentrate on the big stuff, and screw the small stuff.

Every time Obama's allies make fun or go on the attack they've put one foot  into the enemy camp.  There are enough enemies there already, but believe me, they'll welcome those they see as turncoats with open arms.   And pretty soon they've won and we've lost and we'll be on the outside looking in, bitching about our loss more than we're bitching now about how Obama has let us down. 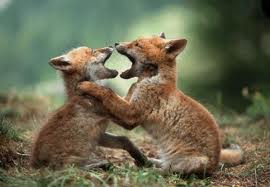 There are enough real issues we can use against the Republicans without wasting valuable time reinforcing the prevailing opinion that Obama is the baddest of the bad guys.  Come on.  We know better.  Go on the attack against Obama's dithering and doddering and seeming bad judgment if you must, but do it as a family member--as an ally.  He may be a disappointment, but he is the least of our enemies.  Stop making him into one, even and especially from our side.

Just today Dick Armey ruffled his breast feathers and cackled to CNN's Candy Crowley about how the Democrats are "confused and demoralized" and are going to lose in November.  That's the weapon the Republicans and the new Tea Party party are going to be using against us--that we don't know what the hell we're doing and we don't like each other much--and unless we prove them wrong it's going to work.

I want Obama and the Democrats to do better, but they can't do better if they don't have the chance.  They have to win in November because it'll be just insane if they don't.  So, yeah, let's knock their heads together and twist their arms until they holler "uncle", and then let's get this show on the road.  But we have to get them elected first and we have less than two months to do it.

In the Nevada Senate race Harry Reid and Sharron Angle are running neck and neck.


Let me repeat that:  Harry Reid and Sharron Angle are running NECK AND NECK.

In the California Senate race Barbara Boxer and Carly Fiorina are running neck and neck.

Again--Boxer and Fiorina, NECK AND NECK.

And so it goes.

So unless you want the Republicans to give you something really bad to bitch about, I would suggest you tuck any gripes you have about Obama and the Dems behind your left ear (as my Aunt Ingrid used to say--meaning they'll still be there, festering), and get on with keeping in place the only party in office that has any hope of getting us out of this mess.

It's not a matter of rewarding them, it's a matter of protecting us.   All of us.  Every single one of us.