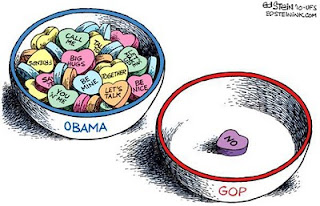 I guess they are taking Nancy Reagan's advice! Who'd have thought they would support the ice queen in her quest?

LOL. "Just say no". So simple, yet so. . .simple.
Or in the case of the Republicans, so hypocritical.