Labor's Cries are Getting Weaker. Who is Going to Dig Them Out?

We Americans are terrific when it comes to catastrophes--even when we're in the midst of one of our own.  We blog, we sing, we donate, we put ourselves out there physically, bodily, and with our hearts.  We cannot stand to see people hurting.  We see pictures of homeless victims, of orphaned children with bloated bellies, of families who have lost everything including loved ones, and we cannot help but cry.

We do this because our hearts are full of love for our fellow human beings.

We do this, oftentimes and amazingly, without ever making the connections to our own nation's victims:  the jobless, the homeless, the children without enough food, the families without the health care necessary to save a loved one's life. 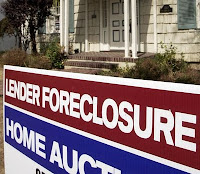 We have a history of putting blinders on when things get tough, and we have a history of not learning from our own history.  We're in the midst of another severe economic crisis, for all intents a repeat of our Great Depression, and still we hear the voices telling us it's not so bad--and we want to believe them.
We don't want to have to admit that we've been through this same crisis before, caused by the same mighty forces of neglect and greed.  There are dots to be connected, but we won't play.

Jim Grilio, White House spokesman for the Recovery Act would have us believe that "Nearly a year after the Recovery Act was signed into law, [it] is already responsible for about 2 million jobs.  These jobs are created by wildfire protection grants, assistance to American farmers, investments in research at America's top universities, innovative energy retrofit programs, funding for a smart energy grid and countless other Recovery Act programs like them."

Over at ABC News on January 8, Sunlen Miller reported:

Awarded to 180 projects in over 40 states, the administration says they hope the initiative will generate about 17,000 jobs. The money will come from the $787 billion stimulus program.

Well and good, but these are the kinds of band-aids you would use when first you begin to think there might be a crisis looming on the horizon.   I'm looking around me, and as far as the eye can see, the disaster is upon us.  Where are the damned emergency crews?

(By the way, about those wind turbines?  This from the UAW's Ron Gettelfinger: "When $1 billion in stimulus money was used to boost the U.S. wind power industry, more than 80 percent of the money went to foreign firms. We're paying to buy wind turbines from China -- even though the Chinese have strict 'Buy China' rules for their own $600 billion stimulus program.")

The president is giving his first State of the Union address tonight.  Words are good.  We need words, and he knows how to deliver.  But will action follow?   We need the kind of action that changes nations.  We need programs so broad in scope it'll terrify us just to think about them.  We need to think in terms of hurricanes and tsunamis and earthquakes.   What we're facing right now is the earth moving, the winds howling, the seas rising.  Emergency forces need to mobilize STAT, giving aid and succor to the wounded. Triage units need to be fully supplied.  Volunteers need to be forming in cities, towns, churches and schools everywhere.  The troops need to be on the alert for scammers and looters. And members of the press need to be on the ground, reporting the devastation.

The task ahead, to rebuild the United States, is daunting, but if we really have the kind of spirit and guts we say we do, it won't be impossible.  The message I want to hear from President Obama tonight is that the number one priority of the recovery process is jobs.  American workers need American jobs that will fill their wallets and lift up their souls.  The government we (The People) elected must set aside their petty differences, must drop their allegiances to the monied class, and start cooperating.

We cannot survive this disaster without them.