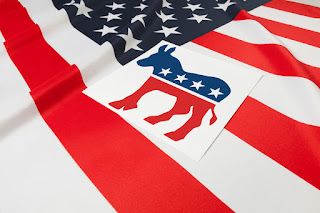 We've just come away from the sham impeachment trial of Donald J.  Trump.  Everything we predicted about the trial once it got to the Senate has come true. All but one Republican (Mitt Romney) overlooked every crime, every attack on the constitution and the rule of law, and gave Trump yet another free pass.

The Democrats put up a good fight--often a brilliant fight--but it wasn't good enough. The fix was in even before they entered the room and, predictably, they lost. That will be the takeaway. The Democrats lost.

The Iowa Caucuses happened. Big screw-up and it took weeks to get the results. The takeaway: Who lost in Iowa? The Democrats. Of course. If they can't even get their act together in Iowa, blah blah blah.

The circus came to town at the House of Representatives as the Clown-in Charge performed Politics Porn before a captive audience in what was billed as a State of the Union speech. It was, as expected, a campaign speech, an "Impeachment, hell" speech, a pack of provable lies. Rush Limbaugh was awarded the Medal of Freedom during that hour and a half. RUSH LIMBAUGH. When it was over, Nancy Pelosi, the Mom-in-Charge whose House the clown had just trashed, tore up his speech in a display of total disgust. And who was attacked the next day? Nancy Pelosi. The Democrat.

The New Hampshire primary came and went and the press fell all over themselves deciding which of the Democrats no longer had a chance. (All of them except Sanders and Buttigieg. Show's over, folks. Exit at the rear.)  Never mind that actual party members might have other ideas.

The mainstream punditry has a nasty habit of talking down to Democrats, treating us like underdogs while openly admiring the bullies who hold all the power.The media narrative has to change and it's not on the Democrats to do that. It's on the media.


I am a Democrat, capital D. My loyalty goes way back, long before I could cast my first presidential vote — for JFK, when I was 23. I remember cheering in somebody’s living room when Truman won over Dewey in 1948. I remember crying in my classroom when the teacher announced the news that FDR, our beloved president, had died. I’ve lived my entire life as a Democrat.

We Democrats have always prided ourselves on our diversity. We ought to think it’s funny that people think we should be anything but what we are. Instead, we’re guilty of the worst case of inferiority complex the world has ever seen.

I use that word “guilty” advisedly, since we tend to want to latch onto it every chance we get, but if we’re guilty of anything it’s that we tend to half-believe every rotten accusation against us, no matter how outlandish.

When Will Rogers said, “I’m not a member of any organized political party, I’m a Democrat”, it wasn’t an insult, it was a compliment. And when he said, “Democrats never agree on anything, that’s why they’re Democrats. If they agreed with each other, they’d be Republicans”, I took that to mean, “The Republicans are sheep.”

The Democrats are a Big Tent party, more inclined to accept our differences than to shun them. Democrats in public offices across the country are out there working for the disadvantaged, the disabled, the disenfranchised. We have to work harder to protect them now, because too many people have bought into the Republican/Right Wing lie that the simple act of pulling up imaginary bootstraps is the answer to everything.

It isn’t, of course. Everybody needs a helping hand, even those people who pretend they actually have bootstraps — or even know what they are.

We’re inclusive and we’re proud of it. Our very brand is inclusivity — we invented the damn Melting Pot — but we’re not fools. Try to imagine the Democratic Party embracing Donald Trump, Steve Bannon, Stephen Miller, Mike Pompeo, Bill Barr, Steve Mnuchin, Brett Cavanaugh, Betsy DeVos, Mitch McConnell, Jared Kushner, Donald Jr., Eric, or Ivanka Trump, and putting any of them in positions of power over our people and our country.

We’re in the fight for our lives this year and only the Democrats can save us. That’s a fact.

“The Democrats” are members of the Democratic Party. That’s a fact.

Of the party candidates left, only Joe Biden, Elizabeth Warren, and Amy Klobuchar have the experience, the know-how, and the willingness to keep the party strong enough to withstand the dirty fighting ahead. They can do it without mobs or popularity contests. They can do it by being healers and fixers — and their experience shows they can do it. (Yes, I'm aware that I left Bernie Sanders out. even though he has experience. I wish with  all my might that Bernie would stop trying to divide my party. Until he does I don't consider him a Democrat.)

The GOP will pull out all the stops to keep Trump in the White House — and themselves in the catbird seats. Their attacks are specifically against Democrats. And the Democrats have to win.
We lost some good fighters when Democrats like Kamala Harris, Julian Castro, Cory Booker, Beto O’Rourke and Eric Swalwell were forced to drop out. We could have had Sherrod Brown and Stacey Abrams in the race if we had given them the encouragement and the funding they needed. We should have worked harder for them. Every one of them deserved it.

But we still have a chance if we ignore the noise from within and without, if we remember who we were and who we are, and if we rise up as a party — as the Democratic Party — to take the enemy down.

Because the enemy isn’t us. It’s them.