How the G-Man Worked To Bring Down POTUS 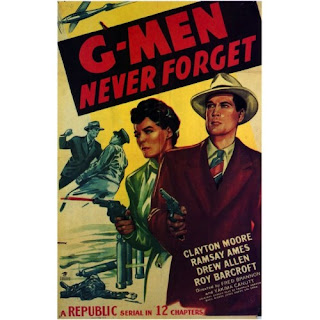 After former FBI director James Comey's testimony on Thursday, there were questions about why he waited so long to go public with all he knew.  He'd had two one-on-one meetings with Trump, along with several Trump-initiated phone calls, all deemed inappropriate, at the very least, by anyone who knows anything about how our system is supposed to work.

Comey first met with Trump at Trump Tower on January 6, when the then-FBI director had to tell President-elect Trump about some Russian-generated salacious material against him.  There were others in the room, but Comey said he was  unnerved by the tenor of Trump's comments and began recording the details on his laptop the minute he got back into his car.  He shared those notes almost immediately with other FBI members, so there would be no question about fuzzy recollections or later alterations.

The first private meeting took place on January 27, at a dinner set up by the White House. Comey testified he had no idea he would be the only guest until he walked in the door and say a small oval table set for two.  The conversation took an awkward turn toward his loyalty to the president.  Comey says Trump said, "I need loyalty. I expect loyalty."  Awkward pause, wherein Comey blew it by not saying, "My loyalty is to the country, to the constitution, blah, blah, blah".  Instead, he said something about honesty, and then muttered--to his own chagrin--something about "honest loyalty". Which Trump, of course, took to mean he'd just finagled a loyalty oath from the director of the FBI.

On February 14, after an Oval Office meeting, Trump asked everyone but Comey to leave the room so they could talk about Mike Flynn, who had resigned as National Security Officer the day before.  According to Comey, Trump said Flynn was a "good guy" and he hoped Comey would see fit to "let this go". Comey says he only agreed that Flynn was a good guy and made no promises. Comey again took notes and discussed it with other FBI officials. He didn't go to the DOJ, he said, but asked DOJ head, Jeff Sessions, to keep him away from any more one-on-ones with Trump.

Then there were the phone calls, all generated by the president. The whole thing must have seemed satisfying and so buddy-buddy to Trump. Comey, as uncomfortable as he might have felt, took the meetings and took the calls and never told Trump this was wrong.

I submit it wasn't simply because Comey didn't want to hurt Trump's feelings.  Comey is the consummate FBI man and his sniffer is in fine working order. He was on the case and Trump was his mark. With each encounter came more revelations, more ammunition to use to build a case.  He took copious notes, clearly written to share when it came time for a showdown. (He knew contemporaneous notes had been accepted and used effectively in courts in other FBI matters. )

How long this might have gone on if Comey hadn't been fired is anybody's guess, but the firing opened the floodgates for Comey.  If he had insisted at the very start that private conversations with the president were off-limits, his case against Trump would be non-existent.  It may come down to "he said, he said", but given Trump's penchant for lying to save his skin, it'll be more like "he said, he lied".

But the capper came yesterday, when Trump was asked at a press conference if he would be willing to testify under oath that Comey lied about his version of their conversations. Trump said, and I quote, "A hundred percent".

I call that a clear victory for the G-man.