In 21st Century America: It's still okay to beat up on women.

TOPEKA | The Topeka City Council on Tuesday [10/11/11] voted to repeal the city’s law against misdemeanor domestic battery, the latest in a budget battle that has freed about 30 abuse suspects from charges.
One of the offenders was even arrested and released twice since the brouhaha broke out Sept. 8.
It started when Shawnee County District Attorney Chad Taylor announced that a 10 percent budget cut would force him to end his office’s prosecution of misdemeanor cases, almost half of which last year were domestic battery cases.
With that, Taylor stopped prosecuting the cases and left them to the city. But city officials balked at the cost.
Tuesday’s 7-3 vote to eliminate the local domestic violence law was designed to force Taylor to prosecute the cases because they would remain a crime under state law.

Hey, all you totally misunderstood guys in Topeka who feel the need to smack around your women, good news!  As long as you don't get too heavy-handed -- blackening eyes, loosening teeth, leaving really ugly bruises -- your city officials are on your side.

In a fledgling century of new lows this may not rank up there with the worst of them, but as an indicator of how low our new austerity drives have allowed us to fall, it's right up there.  Misdemeanor violence against women has now been approved by a city council for no other reason than to play chicken with a county prosecutor looking for creative ways to get around budget cuts.


Tack on top of that last week's action by the House to bully insurance companies into refusing to cover abortions.

From the Hill:
The House approved a bill that Republicans said would prevent last year's healthcare law from funding abortions, but which Democrats said would go far beyond that and make it much harder for women to exercise their constitutional right to have abortions.
The bill, H.R. 358, was passed in a 251-172 vote that saw more than a dozen Democrats join nearly all voting Republicans in support of the measure.
Republicans said throughout the day that the bill is needed because the Patient Protection and Affordable Care Act (PPACA) was approved without any limitation on funding for abortion rights. They also dismissed President Obama's Executive Order that Democrats say reinforces this prohibition.
"Thus ObamaCare, when phased in fully in November 2014, will open up the floodgates of public funding for abortion in a myriad of programs, including and especially in exchanges, resulting in more dead babies and wounded mothers than would otherwise have been the case," Rep. Chris Smith (R-NJ) said.

I expect that sort of thing from the Republicans, but 15 Democrats bought into it, too.  It would still have passed without them, but that doesn't make me any less ashamed of them. (Here is the list.)  Don't tell me they're only doing what their constituents expect of them.  Either they're Democrats or they're not.  A real Democrat wouldn't be caught dead voting for something like that.


"This bill is a radical departure from existing law," House Minority Whip Nancy Pelosi (D-Calif.) said. "This legislation is bad public policy, it is the wrong priority for Congress, it is an assault on women's health, and women should know that it prevents them from using their own dollars to buy their own private insurance should they be part of an exchange."

Never mind that this action by the House is as phony as the bill's moniker, the "Protect Life Act".   Where are the bills to protect jobs, to protect children already living, to protect the health and welfare of the citizens of this country?  Nowhere to be seen.  There are some battles we shouldn't still be fighting.  A woman's right to choose is sacrosanct. A woman's right to protect her own body is not now and never should have been up for debate.

You protect life by respecting the living, by nurturing the living, by honoring the living.  You accept the job as representative of the people by promising to preserve and protect. This bill and the actions in Topeka turn those notions upside down, and do it in mean-spirited, draconian ways too many people are finding acceptable.  But change is in the air.  If we can keep it going, a great awakening is about to begin.  If we can keep it going, we'll be looking back on the last few decades of wicked wrongheadedness, wondering how we ever let it happen in our lifetime.

It can't come soon enough for me. 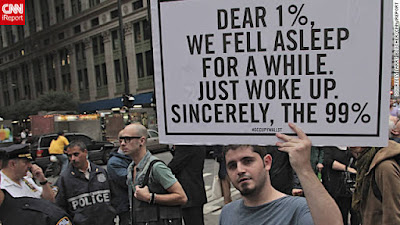